Party in the park to celebrate camera 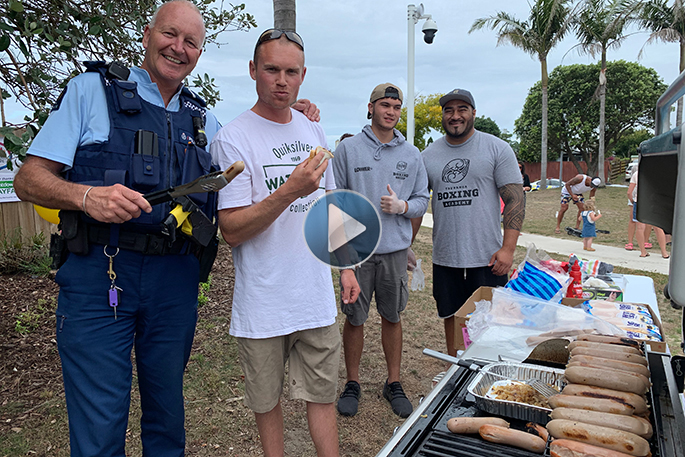 It’s hoped the installation of new CCTV camera will end months of having to clean up the mess left behind by a group of youth, who have been using Horoipia Reserve to sleep.

“Jo saw the problem. She lives across the road from this park and decided we needed to do something about it,” says Linda. “Kids were sleeping in here. They were tagging the equipment and the tables.

“It’s a beautiful place for kids to play, and it’s only been here for a year. So she decided to do something about it.”

The Leander St and Carysfort St Neighbourhood Support groups celebrated the recent installation of a CCTV camera with a ‘party in the park’ on Wednesday night. 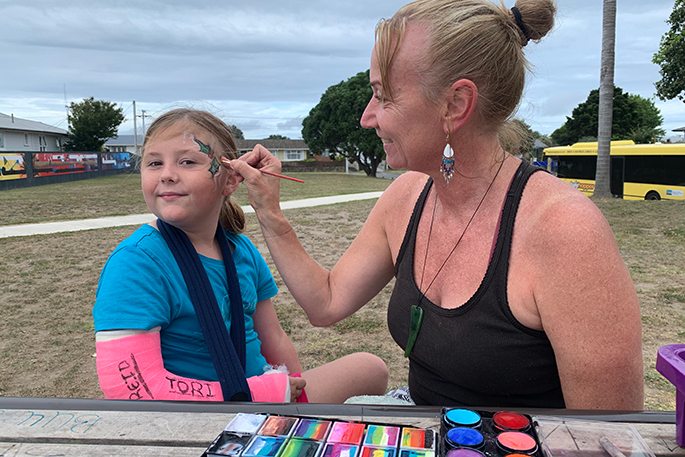 Sophie Blair, age 8, having her face painted by Joanne O’Donnell.

Jo says the park, which was opened in November 2019, has given the neighbouring streets a place to connect.

“As a community, we were delighted to have a playground and green space created for our children, families and community.

“Unfortunately, there are always a few individuals who push the boundaries of reasonable behaviour.”

The park became a focal point for ten to 15 youths who started sleeping there on weekends, leaving behind rubbish, belongings, duvets and blankets, as well as bags of human faeces.

There was also damage to fences, cars and pathways and incidents of intimidating and disruptive behaviour making it feel unsafe for neighbouring families and children to use the park.

Council Regulation Monitoring team leader Stuart Goodman responded on October 30, saying police had not requested a liquor ban at the reserve and that there was no budget available for additional CCTV in the area.

On the day of the meeting, the group learned that the decision had been made to install CCTV cameras before Christmas.

“With the support of all the neighbours we have together just kept harassing council until they came to the party,” says Jo. “The camera’s really helped actually. We’ve had no problem since it went up so it’s been fantastic.” 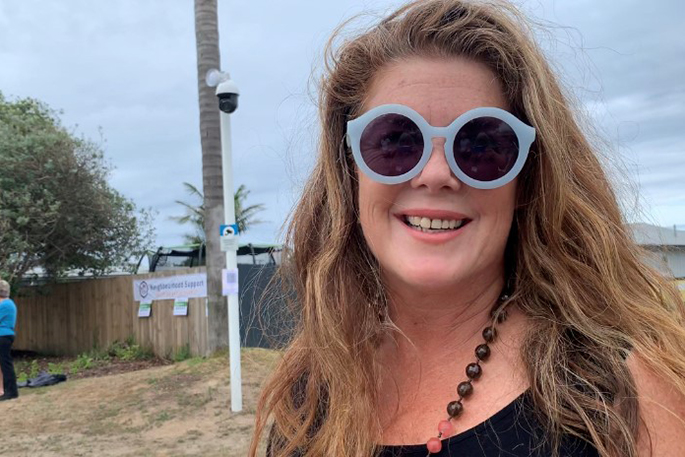 "It just shows what can be done when a group of neighbours get together,” says Linda. “They know they had things that were concerning their families and they got together and made something happen in a couple of weeks, lobbying the Council.

“We’ve now got a camera, which means the kids aren’t congregating here because they can be identified.

“Because we’re also close to Bayfair, there’s walkways through to Bayfair and that’s where kids are causing the trouble. So they come through to places like here and this is a way that we can keep the place for the kids and families who live here.

“All these people are members of Neighbourhood Support and they can show what can be done with people getting together as families. The camera is going to make this park safer for everybody,” says Linda.

“I want to do a big shout out to Jo Shannon and Dawn Kiddie. Jo organised getting the camera installed. Her perseverance in dealing with Council [shows] that if you keep trying eventually you will get some results.

“Dawn helped make it happen, following through with Council and getting some action when we needed it.

“We had a driveway meeting with Dawn and Mefi Taele our Community Constable about three weeks ago. Jo went through everything she’d been doing.

“She’d already been contacting the Council and they’d agreed to put a camera in. Dawn followed up to try and get a date for us and then the next thing we know there’s a guy installing it.”

Jessie says that community support through Neighbourhood Support was an important aspect.

“I think there needs to be a Neighbourhood Support group in every street.” 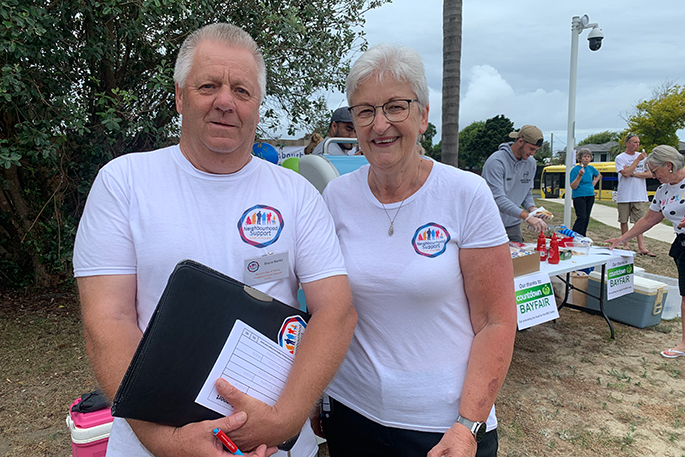 “We have made a collected effort to support our Neighbourhood Support organisation and to speak up when we felt not enough was being done to assist local police and to keep our community safe,” says Jo.

Jo and Jessie decided that once the CCTV camera was installed, it would be a great idea for the two Neighourhood Support groups to have a party in the park to celebrate. Countdown Bayfair generously provided sausages, bread and sauce for 100 people. Senior Constable Adrian Oldham, and Henry Fa’afili and Johnless Faulkner from the Tauranga Youth Boxing Academy came along and showed their support.

The playground at the park has become a popular addition to the community.

“A lot of families have moved to the neighbourhood,” says Jo. “Every day we’ve got young kids with their parents [at the park], and even before school you’ve got some of the Intermediate kids just having fun.”

Jo sees the value of having the Neighbourhood Support groups operating in local communities.

“It’s just really about getting neighbours to connect, and especially over COVID, make sure that everyone was okay, and if someone needed help, they knew how to get it,” says Jo.

“We worked with Jo, talked to the council but she was the one that motivated her neighbours and go everybody going,” says Linda. “This is kind of an example of what you can do when neighbours get together and decide they want to do something about their neighbourhood and the problems that are in it.

“There are several Neighbourhood Support street groups involved in this area. We still need a couple more street co-ordinators though,” says Linda.

To form a Neighbourhood Support group or become a street coordinator, go to www.wbopns.org.nz 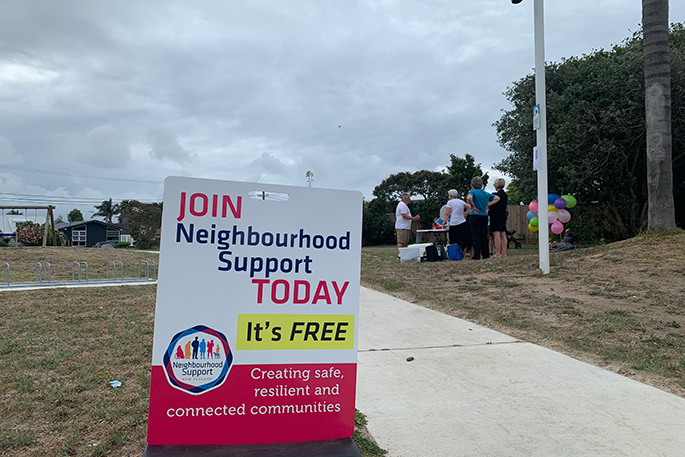