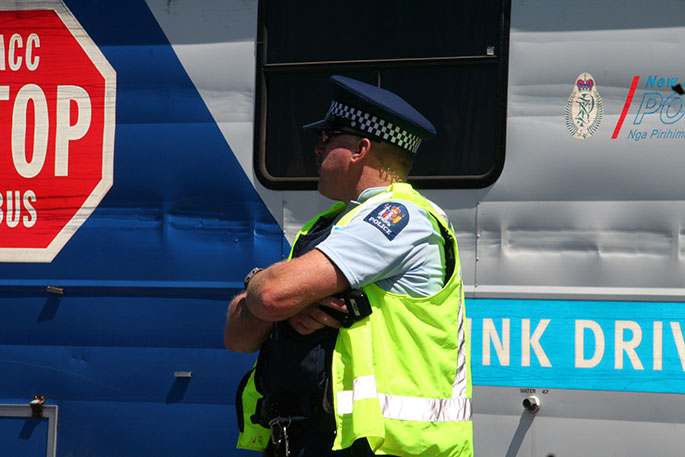 That’s the message from New Zealand Police and Waka Kotahi NZ Transport Agency with Christmas just around the corner.

“Tragically around 400 people continue to be killed or seriously injured on New Zealand roads every year in crashes where the driver was impaired,” says Waka Kotahi general manager safety, health and environment Greg Lazzaro.

National road policing manager acting Superintendent Gini Welch says no-one’s holiday needs to be ruined by an avoidable tragedy on the roads this year – we all have the power to make good decisions which will keep the roads safe for everyone.

The message is clear – make the right choice these holidays – if you’re drinking, don’t drive.

Greg says a new Waka Kotahi advertising campaign launched yesterday supports that message by targeting drivers who have developed a sense of complacency about the risk of impaired driving.

“Unfortunately there are still a lot of Kiwi drivers who don’t think it’s a problem to drive after drinking.

“They know that drinking increases their chance of crashing, and they know the consequences of being stopped by Police, but they’re still willing to take the chance.

“Anyone can make a mistake when driving, but alcohol impairment can turn that mistake into a life-changing, tragic event.

“Deaths and serious injuries on our roads are not inevitable, and New Zealanders absolutely do not need to accept that serious crashes are just another part of the holidays.”

Superintendent Gini Welch says Police will be working hard throughout the holidays and all summer long to keep everyone safe.

“We’ll be doing everything we can to prevent drink-driving through impairment checkpoints and random roadside testing.

“But we also ask people to make responsible decisions that don’t risk lives,” she says.

In the five years from 2015 to 2019, 374 people were killed in crashes where the driver was over the legal alcohol limit, and nearly 1,600 people were seriously injured in those crashes.

“That’s a lot of lives, a lot of people who could still be here today or who would not be suffering the ongoing effects of serious injury had the drunk drivers in those crashes made a different choice.

“We know people like to socialise and celebrate at the end of the year, and that’s ok.

“Put yourself, or someone else’s family, in that danger by getting behind the wheel drunk.”

Really, so how about the road police do something about the driver doing 70km in a 100km area with 50-100 vehicles behind it !! The biggest problems in NZ are not the speeding few, it’s the SLOW drivers that basically "invite" the dozens of vehicles behind them to take a risk to overtake the SLOW vehicle.