Councillor resigns to save by-election expense 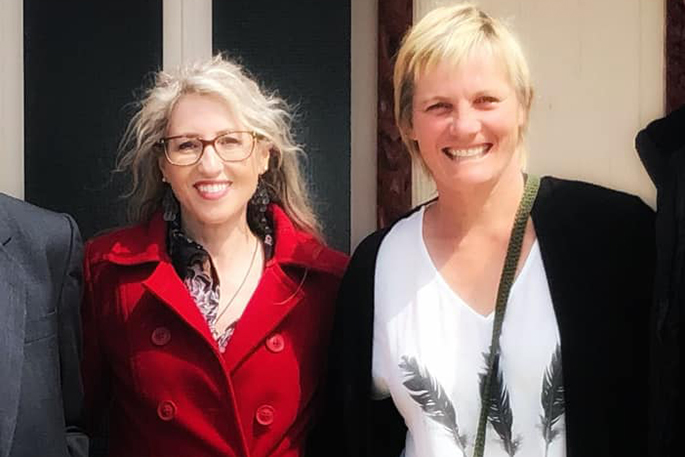 The idea behind the resignation is to delay the by-election, which would cost the city about $250,000 if it was to go ahead.

This follows an announcement from Nanaia Mahuta on December 18.

“You will also be aware that there is the added complexity of a by-election between now and then,” Salisbury says in a post on Facebook.

“This year has been filled with so much stress and angst with COVID-19, let alone the negative issues within Council. It would be best for all of us if this by-election doesn’t happen over this summer.

“The simplest and cheapest way for that to happen is for those who have put their nominations in to withdraw. If there are no nominations the city will save about $250,000."

Salisbury says the only other possibility available is for a current elected member to resign effective immediately, saving the cost and angst by pushing the by-election beyond the Commissioners start date.

She says therefore, it won’t happen until the Commissioners end of term, either in 2022 or 2025.

“When Heidi and I discussed it over the weekend we realised that it would not be wise for me to vacate the deputy mayor or acting mayor positions, as there are responsibilities that may be required to continue through to Commissioners arriving.

“So Heidi Hughes has chosen to do that for us all, effective today.

“I want you to know that right throughout the past 18 months that we have worked together, Heidi has been constantly and tirelessly serving our community, and her motivation in standing and now selflessly choosing to resign, is again for the benefit of all of us.

“We hope you all have time over the summer to relax, to spend precious time with your friends and whanau, and to recharge a little after this crazy year we have all lived through.

“I am committed to continuing to serve the city right through to Commissioners taking office in February.”

Hughes is the third councillor to quit this year. Former mayor Tenby Powell resigned on November 20, while Jako Abrie stepped down from his position in October.

Some wise words have been spoken, its time we Back Our Future - lets bring Mr Peters home #bringbackwinne.

wrong one resigned should have been Baldock, for commissioner the right hon Winston Peters, then we will get somewhere.

Tauranga is the bastion of a non Labour council. It’s been close with plenty of socialists exerting their dogma. But , that will end with a commissioner. The commissioner will be a Labourite propped up by the Labour Govt. and the labour MP’s here. Now the Nats. are not that flash but remember who cancelled the Katikati highway. We will end up like Auckland, Wellington Christchurch, Dunedin and Palmerston North.

How about we get the names of those that refused to withdraw from the By-election. So we know who was happy to waste $250,000 of our rates money. Good to know for the next Council election.

The Time has come to ask back Mr Winston Peters a true legend of Tauranga to sort it out. #bringbackwinnie No one more qualified to lead a commission. The Right Hon. Peters

Excellent. However Heidi Hughes was the only one whom seemed concerned about reducing traffic congestion. Pretty damning evidence when out of the entire Public Transport Committee, only two of those who said they might take busses for research purposes, 2 people actually did – and one of those was her. https://www.heidihughes.co.nz/blog/reflections-on-a-month-of-taking-the-bus

Initially we were told we were getting a commissioner to run our councils. Now we are getting commissioners. How many? Will be interesting to see how public servants are going to best serve us ratepayers. Maybe they have a direct line to the PM.