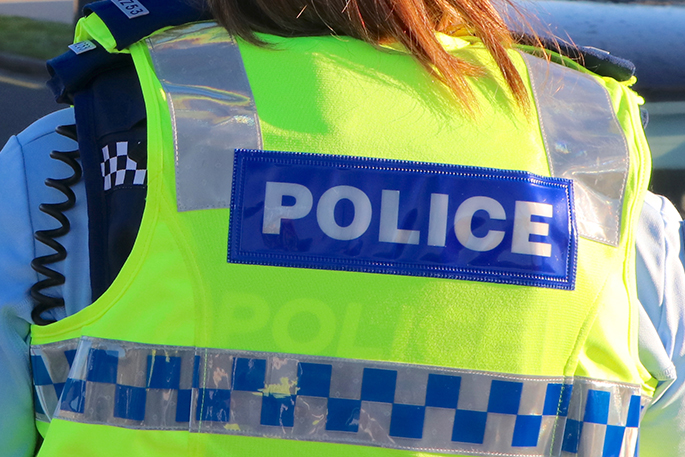 A man holidaying at Rotorua's hot pools has been left with a broken bone and bruises on his face after an attack.

The Wellingtonian, who did not want his name used, was with his friends who had come from across the country to bike in Rotorua over the weekend.

He says six of them decided to go to the thermal pools to relax after a long day of biking on Saturday, but it was closed by 11pm and many of the businesses were closed, so they went to a wild pool close to Wai-o-Tapu Thermal Wonderland.

There was another group of seven or eight men and women nearby in the pool, according to the man.

"We thought they were a family, so we didn't think there would be any issue ... They were chatting and we were also chatting," he said.

He says after about 20 minutes, when some people from the other group started to leave the pools, three men came towards him and his friends.

"They were holding alcohol bottles. They started to swear at us ... I can't hear them clearly. They just said 'talk to me'. I said we can leave if they don't want us there, but they didn't allow us to go."

He says four of his friends ran away to the shore, while being chased by some of the men.

He and another man were unable to leave the pool.

Three of his friends ran to hide in the woods while another friend was pulled off the van when he was trying to drive away in - he says he ran barefoot to State Highway 5 and eventually one car stopped and helped him to call police.

"Five other cars have gone past."

The man says even after he and his friend got out from the pool, as the attackers were leaving, one member got out the car and punched them again.

The man says he suffered a minor facial fracture and will continue getting treatment in Wellington. 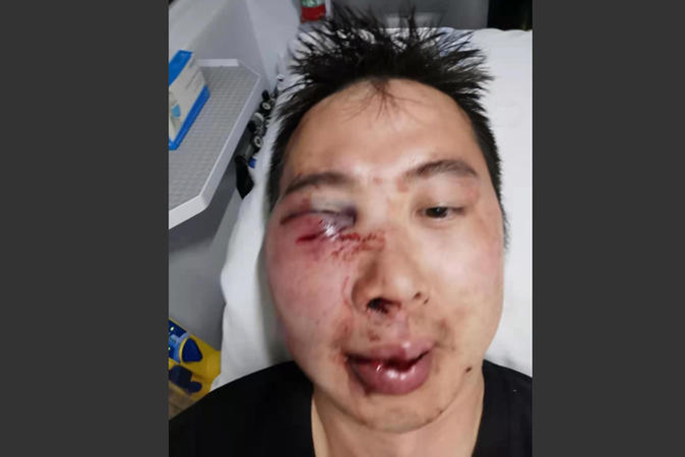 The man who was attacked at the Wai-o-Tapu thermal pools was left with injuries to his face. Photo: Supplied/RNZ.

He says the attackers also took away all their belongings in the car - including a mountain bike, surfing equipment and building tools worth more than $7000.

Having been in New Zealand for 18 years, the man says he has never experienced anything like the attack.

Police say they were called to the Wai-o-Tapu thermal pools carpark about 11.50pm on Saturday to reports of a group of males assaulting a group of visitors to the pools.

The incident was defined as assault and theft, and referrals have been made to Victim Support, according to a police statement.

Detective Sergeant Anthony Colby says an investigation into the incident is continuing and officers were following strong lines of enquiry.

"This sort of incident is fortunately rare, but very shocking, and we are working as hard as we can to support the victims and to hold these offenders to account."

I am sure these low lifes will get a slap on the face with a wet bus ticket if they get caught. Disgusting behaviour. Probably come up with some lame excuse about their upbringing. Nothing ever changes.

Hell bent on overturning the 3 strikes rule and going lightly on crime this is what you get . A perfect utopian left society where the criminal is not held accountable just the victim for having something he wants .

I can safely say we all hope these animals are caught soon and put where they belong. Vile behavior from a pack of F-wits.. They will get what they deserve one way or another.

What a bunch of absolute thugs. They must be so proud of themselves. I’m sure a cultural report will have the Courts going easy on them. To the victims from Wellington and abroad my very sincerest apologies for this seemingly unprovoked ruthless, brutal attack and theft in our beautiful Bay of Plenty. Unfortunately you were in the right place at the wrong time. Next time come and visit Tauranga and our stunning beaches and Mount. Some great riding through K.Valley or Tect Park, surfing at the Mount or Tey Street and surrounding areas and then finish with the Mount Hot Pools. Can recommend fish n chips at Bobby’s on the wharf in Tauranga too :-) D. E. LICOUS.

Cowards.......scum!! Unprovoked attacks like this need to be dealt with harshly.