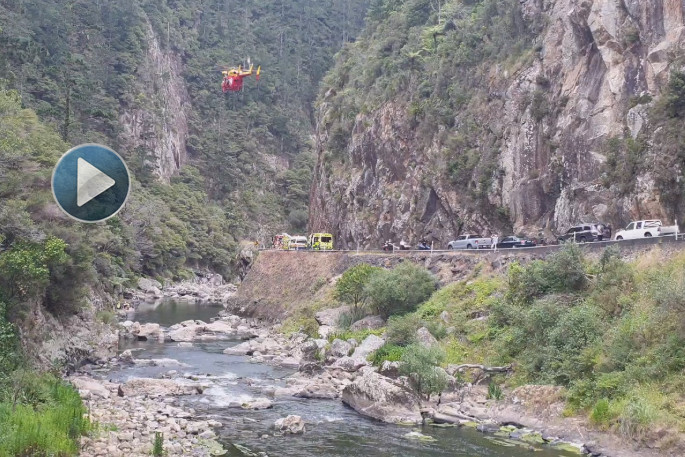 A helicopter went to the Karangahake Gorge to help rescue an injured cyclist. Video: Bruce Barnard

Police thank motorists for their patience.

A rescue helicopter flew into the gorge to help rescue the injured cyclist.

NZ Police report that State Highway 2 at  Karangahake Gorge is currently down to one lane due to an incident where a cyclist has been injured.

Initial reports suggest they are in a serious condition.

A SunLive reader at the scene says that a person has fallen from the riverside pathway and traffic is stopped in both directions. A helicopter is also at the scene.

Police say that emergency services will work to have the road fully reopened as soon as possible.

This road needs to be closed to cyclists