COVID update here and around the globe 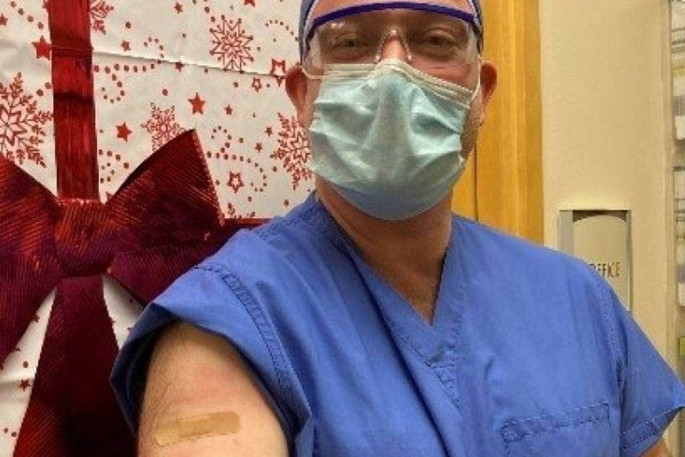 Kiwi doctor Richard Johnston is working in Seattle and is one of the first New Zealanders to get a COVID-19 vaccine in the USA. Photo: Supplied

Kiwi doctor Richard Johnston has become one of the first New Zealanders to get a COVID-19 vaccine in the United States.

“I just stuck my arm out,” says Richard, while speaking to Stuff from Seattle where he works as an urological oncologist.

“It’s really just identical to a flu vaccine, so no different whatsoever ... didn’t feel a thing.”

Minister Chris Hipkins has announced the Government will put an extra $2.86 billion into the country’s testing and border response for the period until June 2022.

Wellington company Inhibit Coatings has developed a silver nanoparticle coating that testing has shown can reduce COVID-19 on surfaces by 99.9 per cent.

It was produced as part of the Ministry of Business Innovation and Employment’s COVID-19 Innovation Accelerator programme.

More than 75.9 million people have been infected by COVID-19 worldwide, according to Johns Hopkins University.

The United States still has the highest concentration of cases and deaths - 17.5m cases, 314,572 deaths.

To date, 1.68m people have died from the virus.

British Prime Minister Boris Johnson has announced big lockdown measures for London and much of the south of England which will mean families cancelling Christmas and many shops closing.

California hospitals are struggling to find room for patients as the virus continues to sweep through the United States.

Anyone who wants to get tested can find their local testing centres by visiting the Ministry of Health website. New Zealand is at COVID-19 alert level 1.