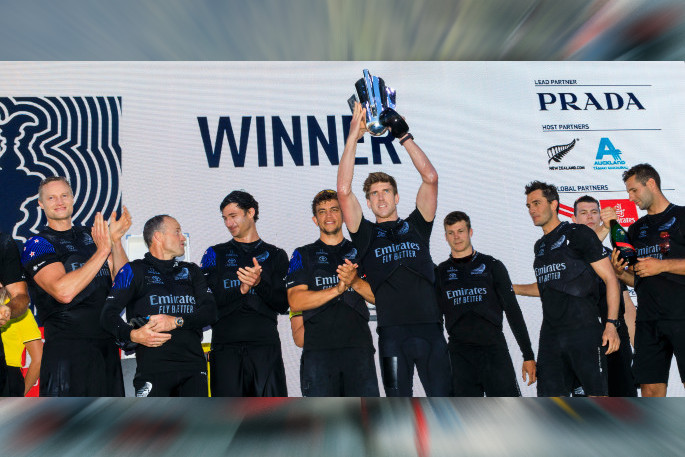 Emirates Team NZ win PRADA ACWS Auckland. Photo: COR36 / Studio Borlenghi
As if written into the script, the final race was the one that mattered when it came to who would take the PRADA America’s Cup World Series Auckland trophy.
With Emirates Team New Zealand and American Magic on even points, a win against Luna Rossa Prada Pirelli would give the Kiwis the point that they needed to take the trophy.
And that’s what happened. Emirates Team New Zealand won the last race by 0:16 seconds over Luna Rossa Prada Pirelli and opened the bottle of G.H. Mumm Champagne on the Race Village main stage in front of their fans. 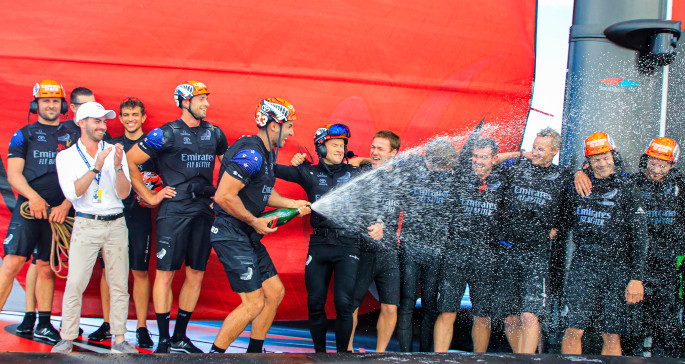 The last race of the last day would be decisive for Emirates Team New Zealand to win the PRADA ACWS Auckland.

A total of 12 matches have been raced during three days in which all the teams raced against each other twice.

Today the teams will face each other once again for the last time in view of the PRADA Christmas Race.

It will be the last chance for the Defender to measure their performance against the Challengers as the Kiwis will race again on March 6 of the America’s Cup Match.

The three Challengers on the contrary have just a short break ahead with the PRADA Cup, Challenger Selection Series kicking off on January 15. 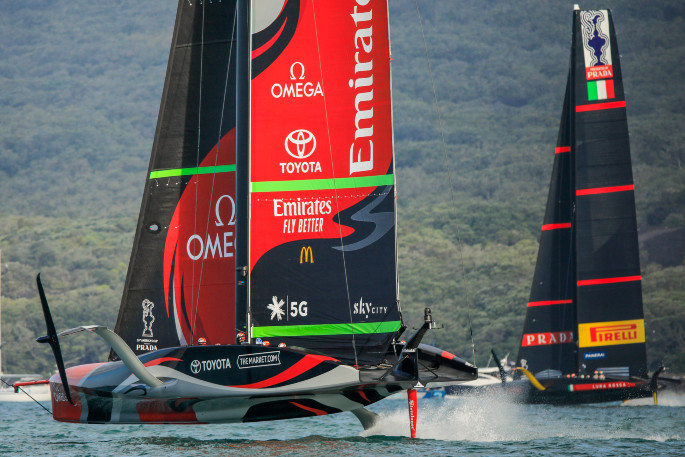 Sing when you win

The one eyed commentary is vomit inducing. I do like how every interview with a foreigner has to include what they like about New Zealand, etc,..That William Waiirua, who is only there because TVNZ is sickeningly woke, even asked some American children if they were supporting New Zealand, after they had politely answered his obligatory question on ‘liking’ New Zealand. Why would they support New Zealand? They even had an Italian who lives on Lake Como and asked him about visiting ‘paradise’. Have they been to Lake Como? It’s stunning. He was too polite to tell them the truth. Maybe interviewers could ask the foreigners about where they come from rather than turning every question back on New Zealand. Such insecurity.