Improving safety in the wake of Whakaari eruption 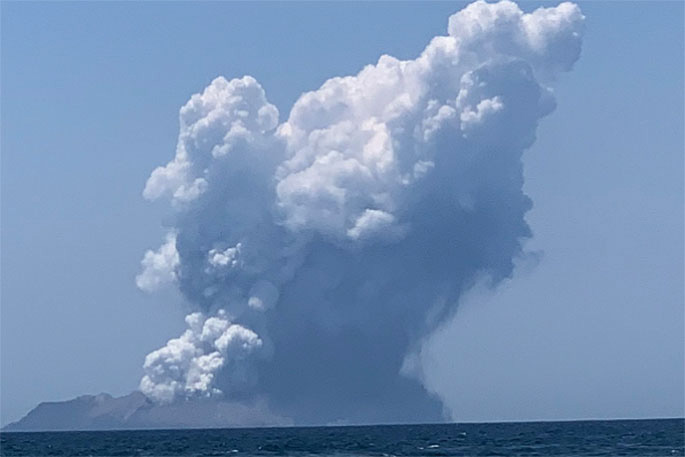 Twenty-two people have died following the eruption on December 9, 2019.

The Government is looking to improve safety in the wake fatal Whakaari/White Island eruption.

It will look to strengthen regulatory oversight and audit processes relating to the management of natural hazard risks, following a review of the adventure tourism activities identified improvements could be made to improve safety.

The Government has released today the first stage of the targeted review of the adventure activities regulations and the terms of reference into an independent review of WorkSafe’s operations in relation to activities on Whakaari White Island, says Workplace Relations and Safety Minister Michael Wood announced

Key findings of the adventure activities regulations review include:

-The long-term sustainability of the certification scheme will need to be carefully considered.

-WorkSafe prioritised other sectors with high work-related harm over adventure activities, and should take a greater leadership role in the adventure activities sector.
Wood says the Government is committed to strengthening safety regulations in the wake of the Whakaari White Island tragedy.

“After the terrible event on Whakaari, the Government launched a targeted review of the adventure activities health and safety regime.

“The review shows that the adventure activities regulatory regime is performing reasonably well, but has identified areas which could be strengthened.

“We’re committed to consulting on the report’s findings to improve safety standards in the first half of 2021 and making the appropriate changes afterwards.

“Post-eruption, WorkSafe evaluated its own role in the regime and is making changes to ensure that it’s administering the adventure activities regime effectively.

“These include improving support for registration and compliance, improving operational systems, and developing a stakeholder engagement strategy.

"I am also announcing today the terms of reference of the independent review into the way in which WorkSafe performed its regulatory functions in relation to Whakaari/White Island.

“The review will assess the adequacy and appropriateness of WorkSafe’s actions in relation to Whakaari White Island and whether further steps should have been taken. It will also identify whether any changes to WorkSafe’s systems, processes and practices are necessary or desirable.

“MBIE has appointed David Laurenson QC to undertake the review - I expect to receive the review in May.”

i can shorten that garbage above to - Why did Geonet or civil defence fail to watch the earthquake drum while at L2? the evidence was there that no one should have been on the island at that time, even for me i could see it was not a place to be "but no one warned us" Remember Mt Erebus the US knew that flight was in the wrong place but said nothing

If we over regulate and get too fussy New Zealand is going to lose its place at the top of the table for destinations to go and get killed in.