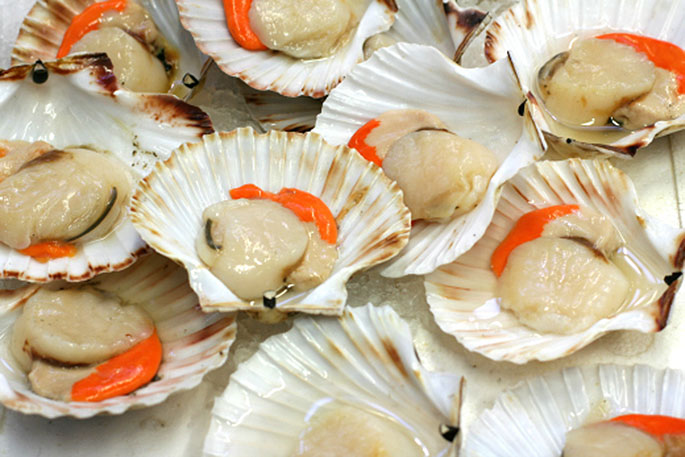 The decline in scallop numbers and a lack of action from government, has prompted a small Coromandel town to put a rāhui on scallop harvesting over the summer period.

In September eight organisations co-wrote a letter to David Parker, the Minister of Oceans and Fisheries, calling for the Government to take action on depleted scallop beds around the Coromandel Peninsula, and more particularly the eastern seaboard Opito and Kuaotunu Bays.

This comes after an “onslaught of anecdotal evidence” from locals and experienced divers saying that the once abundant seabeds, which the area is known for, appear barren.

After a lack of response from government, the frustrated group have taken matters into their own hands, putting a voluntary rāhui on the delicacies, which locals hope will give the ecosystem a much needed “rest”.

Ngāti Hei kaumatua Joe Davis says people have been aware of the depletion of scallop populations due to years of “rape and pillage” for a long time.

“Our scallop fishery is suffering. Scallops are being found deeper and deeper out, and they’re harder to get.

“If we had a good easterly, scallops used to wash up on the shores. As Māori we saw that as a gift from Tangaroa (the god of the sea), but we haven’t seen that in the last five or six years.

“The finger is pointing at the dredging, and the sea bed just needs a rest from everyone.”

The rāhui was put in place by Ngāti Hei during a ceremony on Thursday.

At this stage the rāhui is a voluntary protection, Davis says, but they may look at applying for an official rāhui in the coming months.

The eight organisations involved have made a promise to launch a programme aimed at restoring stocks, starting with a snapshot survey on how many scallops remain in the bay.

The survey results, which will be available in the new year, will provide more up to date data on population numbers.

The community has supported this approach, with over 90 per cent of ratepayers wanting an immediate voluntary ban on taking scallops from Opito Bay and surrounding waters.

The Opito Bay ratepayers Association has raised over $25,000 to contribute to the costs of this project.

“At the moment all data is anecdotal, but that’s something we’re wanting to resolve,” LegaSea spokesperson Sam Woolford says.

“MPI has not surveyed the scallop beds off the Coromandel since 2012, so effectively we’re nine years out of date and this is where our quota management is failing us.”

He hopes this conversation will “snowball” to other bays in the Coromandel.

“I know that the commercial fisheries are now prospecting on the Western side of the Coromandel and chucking their dredge over anywhere and hunting for scallops.

“People in the Coromandel township are calling me and asking what is going on. It’s not that the wider community isn’t involved but simply that this is a focal point, where we’ve already done so much damage.”

But in Coromandel, fishery companies are legally allowed to dredge 50-tonnes of scallops yearly. For the 2019-2020 season, however, they only caught 13 tonnes- 26 percent of their total allowable commercial catch- due to scallop population decline.

Woolford says this is an example of “over dredging” and is concerned that unconstrained commercial fishing combined with the ongoing use of the Victorian Box Dredge as the harvest method of choice has altered the state of the seafloor.

Davis says he’s optimistic that the voluntary rāhui will make a difference.

“It’s about creating awareness. A lot of people won’t know what rāhui is or care to know, but with the messaging and the notice boards by boat ramps if we can get 5 or 10 percent of the boat population or scallop fisheries to take a little bit of notice we’ve done our job.

“We’re just asking people to give our scallop beds a rest. At the end of the day it’s for the benefit of all including the commercial guys.”

-Stuff/Sharnae Hope.
More on SunLive...
2 Comments
You must be logged in to make a comment. Login Now

Clearly David Parker, Minister of Oceans and Fisheries and his department have failed to monitor seabed extractions. Perhaps it would be appropriate for this portfolio be taken from him, particularly as he hasn’t bothered to respond to the September letter from the concerned people in the Coromandel.

... this very sensible action will probably not be universally observed, as it needs to be in order to be successful. Government should be paying more attention and restrictions with legal consequences should be imposed. It only takes a few greedy, uncaring individuals to ruin the resource for everybody. (Maybe tarring and feathering offenders might be an option...)