Pleas for Minister not to appoint Commission 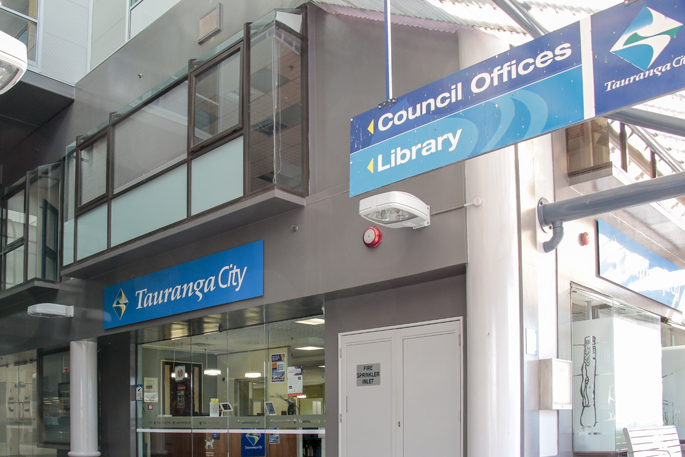 A letter pleading to the Minister of Local Government Nanaia Mahuta not to appoint a Commission to manage Tauranga City Council has been filed by councillors facing the axe.

Earlier this month, Mahuta signalled she intended to replace Tauranga’s council with a commission in the wake of dysfunctional behaviour, childish name-calling and a lack of self-awareness in their role in the continued dysfunction.

Councillor Jako Abrie and Mayor Tenby Powell both resigned this term and both called for a commissioner to be appointed.

Eight out of the nine remaining councillors signed the letter to Mahuta which “strongly requests that you do not appoint a Commission”.

“With a lesser level of intervention, namely a Crown Manager and Observer, we believe that the governance of Tauranga City Council can be transformed for the better.”

Should a Crown Manager be appointed, councillors would retain their positions but can be overruled on certain decisions if required.

Councillor Kelvin Clout previously said a Crown Manager effectively strips council of its decision-making powers and is an admission of governance failure.

“We are waving the white flag and asking Wellington to send in an outsider on his or her white horse,” he said.

The letter says the appointment of a Commission would result in a “democratic deficit” and disenfranchised residents.

“We acknowledge the fact that past behaviours have, had times, had a negative impact on our working relationships with each other, staff and our community, and we understand this has contributed negatively to public trust and confidence,” the letter read.

A spokesperson for Mahuta says they continue to monitor Council to ensure they are meeting governance standards.

“The Minister must now consider the Council’s response to her letter of intent,” they said.

“The Minister will give the response fair and genuine consideration before making a final decision.

“It would be inappropriate to comment further on the matter while the process is ongoing.”

Best post I have seen on Sun-Live for quite a long time. Apposite, succinct, and accurate. I agree 100%!

.....these people actually believe they can change a tyre let alone the fiscal direction of an entire city!..this beggars belief that they are certain the city ’can be transformed’ with them still there!..guys, you HAVE transformed this city, sadly into the underperforming cashless trainwreck it is now..!..please stop and accept we need to pause with new leadership and redirect things in a positive way, we so need this...

Clearly the current council MOB are NOT up to the job, AND also there needs to be a VERY BIG CLEAN OUT in the so called council staff that are creating jobs for themselves without any attention to or appreciation of what the RATEPAYERS are saying they want for the city!!!

Clout and co are just desperate to keep hold of their ridiculous salaries. With a Crown Manager they get the dough but have none of the responsibility so that’s the worst outcome. We need to appoint a Commissioner and clear the swamp. They are just interested in themselves.

Commissioner please! Need a clean sweep to break up alliances. Democracy by the people, for the people. If councillor’s had dipped into their own pocket to pay the observers I would have supported them. Oh no that comes from ratepayers pockets, $360k Thanks

Definitely needs a Commissioner to be appointed.

Most of the elected councillors are on probably the highest remuneration they have ever achieved. Great pay as an elected member and so many perks to go with the job. The current childish councillors are milking the system for every penny they can get. Best outcome for the rate-payers is oi dump the lot of them and have new elections. Rate-payers are highly unlikely to elect any of the current members back on to the council. Their disgraceful behaviour has made Tauranga a laughing joke by the rest of the country. We deserve much better.

... the Minister is properly informed on the whole debacle and ignores their plea. It is sad, embarrassing, and pathetic to see Councillors who have totally brought this situation on themselves by their disregard and disrespect for the people of Tauranga, each other, and the office they hold, now begging to be allowed to keep their jobs. We need a clean sweep; a reset or reboot, if you like... but certainly, another full election. The ones who have shown some promise can be re-elected; it won’t do them any harm to have to compete for their jobs, and we might get some better candidates. Meanwhile, they should not be allowed to undertake any new projects involving major expenditure until the dust has settled and the Minister has decided.

“We acknowledge the fact that past behaviours have, had times, had a negative impact on our working relationships with each other, staff and our community, and we understand this has contributed negatively to public trust and confidence,” the letter read. - Absolutely no acknowledgement of constant screw-ups city wide since forever.

They have to go

Its a sad situation when that sorry lot now plead to keep their noses in the trough and attempt to try to finally do their jobs properly. They dont deserve a second and third chance - its hard to see them being able change in the way they should in reality. For me - they have messed up their chances and need to go. Please please bring a commissioner to straighten things out and ultimately have new elections.

By appointing a Commissioner, the Government is taking away my vote. Our vote is the minimum of democracy. Take that away from us, what next. I have already spoken to those Councillors that I voted for. Which is my right. Government keep out of Local Body ; that’s us rate payers right.

we need a crown manager, this lot of no hopers need controlling, or they have to go this council in Tauranga is a shambles, and has been for a long time, and as for Baldock he has to go now.

We need someone away from the problems Tauranga has faced. The Office workers have had too much say and need reining in. The whole last few years of council has forgotten who pays and unfortunately it all started with a weak CEO. We had one that was making great strides and then .....

Do what the banks do to everyone else when they reach their max credit limit. If they want something new...have them save and plan like a normal household would. Sacrifice things! Pay down debt! Absolutely no unessential new projects such as putting money into a monitored carpark for people whom choose to be homeless.

you brought it upon your selves with your actions Council.No good crying wolf now. Bring it on.

The Council staff have to take 90% of the responsibility for the strife the Council are in and the elected members have to share the 10% resonsibility with the resigning mayor and Councillor Baldock being wholey responsible for 8% and because the rest of the elected members are human and make the odd mistake they should reluctantly share the remaining 2% of responsibility. And it is really as simple as that. Goverment servants will not change a thing , the same old problems and issues will remain and unless a miracle happens the rates will increase by 30% next year to allow the commisioners to justify their existance. The pain for the ratepayer will still be there for all to pay!

Please Minister a Commissioner not a Manager nursemaid. We have been managed to the position we are in already. I got the termanolgy wrong before mixing the two positions. We need a commissioner to sack the councillors thanks.

Go ahead and appoint a Commission. This Council needs it and sackings need to happen as soon as possible. The Council are an absolute disgrace. No point whatsoever taking the soft option of appointing a Crown Manager - we need to deadwood cutting out of this Council.

So after all the excitement that the councillors would be sacked they are actually staying but the commissioner will over rule decisions if necessary. So staff will still actually be putting up proposals / plans etc and most of the big problems continue. Still big financial problems, still questionable priorities, money wasting , so no further ahead really, still going ahead with a by election instead of a complete one. Still an irreversible contract let for rubbish collection, still traffic problems, still struggling infrastructure and growth explosion ..sigh rates will rise . So nothing will actually change unless commissioner comes with a pocketful of government money, yeah right.