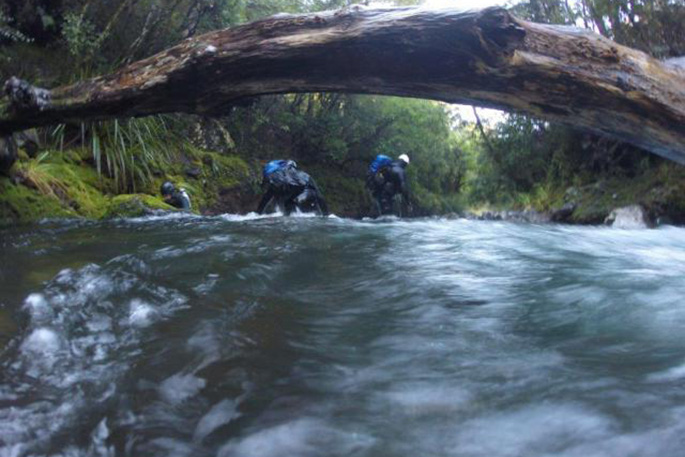 The Independent Police Conduct Authority has found that the police-led search for two men lost in Tongariro National Park during August and September 2017, was in general run competently and professionally.

A statement from IPCA says police and volunteers were strongly committed to finding the lost men.

On Saturday, August 12, 2017, Matiu Ngaronoa aged 26 and Vincent Taurima aged 21 were involved in a short Police pursuit on State Highway 1 south of the Desert Road.

They abandoned the car and ran into Tongariro National Park but became lost.

In the late afternoon, Police found the abandoned car and tracked footprints a short way into the bush but did not find anyone.

The men contacted Vincent’s ex-partner and father overnight, who tried to guide them back to the road. Vincent and his father decided not to call police for help.

Early the next morning, Vincent‘s parents alerted Police that the men were lost and very cold. The men themselves made three 111 calls to Police later that morning.

A search and rescue operation was launched. Police used cellphone technology to try to determine where one of the emergency calls originated and searched there. Despite hearing voices nearby, they did not find the men.

Police and Land Search and Rescue volunteers searched for 13 further days in difficult terrain, thick bush and cold temperatures. The men's bodies were found on September 9, 2017.

The statement says members of both whānau complained to the Authority about how the search operation was conducted.

“In particular, they raised concerns that the men's Māori ethnicity and the gang connections of one of the men meant Police overstated risks and did not put full effort and resources into the search.”

The Authority did not find any evidence to support these concerns.

However, the Authority found some oversights and missed opportunities during the early stages of the Police response.

“The on-call Search and Rescue officer should have been consulted on the night the men ran into bush. This was intended, but not done.

“When Vincent’s parents rang 111 early the next morning, search and rescue should have been alerted at that point, rather than approximately three hours later. This would likely have resulted in the search planning starting sooner. The Authority cannot say, however, that it would have changed the outcome of the search operation.”

Authority Chair Judge Colin Doherty says this incident had a tragic outcome, and it is understandable that whānau want to be assured that Police made good decisions and that every effort was made to find their sons.

“I am satisfied that, once the search got underway, this was the case. Further, Police made attempts to keep both whānau updated and supported.

“Some aspects of the overall operation could have been handled better, including once the men's bodies were found and returned to whānau. In the main, however, Police have acknowledged shortcomings and have amended their practices where necessary."

Police say they accept the IPCA report into the search for the two men.

Following Operation, Mangatawai police have implemented several measures including updating the operating procedures for SAR jobs to include specific questions in relation to a lost person.

Police also acknowledge that the formal identification process of the two men was delayed.

Bay of Plenty District Commander Superintendent Andy McGregor says police staff acted appropriately in the challenging conditions, but acknowledges that there were some areas for improvement.

"Our thoughts remain with the whanau of the deceased.”

The entire IPCA report can be found here.

Just imagine if the 2 had acted within the law and pulled over when directed by Police to do so, if they hadn’t abandoned the car, if they hadn’t run off, if they had surrendered to Police, if family had called Police on the night of first contact. This is NOT the fault of the Police. They were criminals on the run and through their self-centered actions others must now sadly serve a life sentence but don’t try to shift the blame onto the Police.