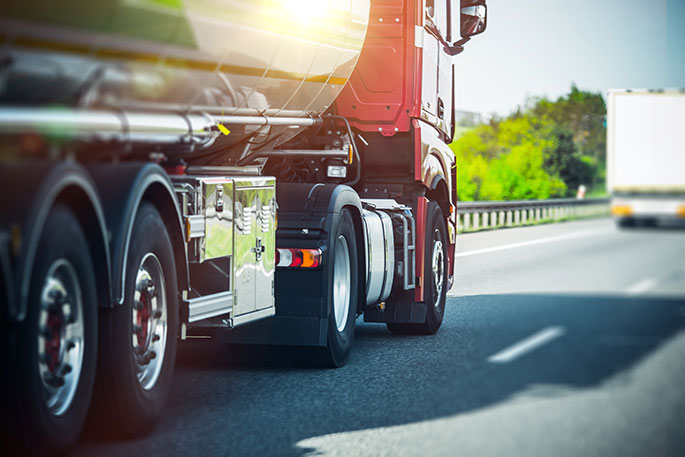 Police are reminding the trucking industry to ensure their heavy vehicles are roadworthy.

This call comes following an operation focusing on truck safety in Northland which has found almost one in five vehicles tested failed its inspection report.

The operation was in response to approximately 800 additional heavy vehicle movements expected over a week period with trucks carrying about 1200 containers between the two regions.

Vehicles were being checked to ensure they were roadworthy to mitigate any risk to the public on the roads.

Senior Sergeant Mike Flatt, Team Leader for the Commercial Vehicle Safety Team, says while the operation has been a great opportunity to increase awareness around truck safety and compliance, Police have been disappointed by the results of the vehicle checks.

Over the first three days of the operation, inspection reports were carried out on 534 vehicles.

Ninety six of these vehicles failed their inspections – about 18 per cent of all vehicles.

“Of the biggest concern, 11 trucks were found to have serious faults and were deemed non-operational and had to be taken off the road.

"These vehicles posed a considerable risk to other motorists and should never have been allowed on the road.

“The single-biggest issue related to lighting faults, however there were a high number of failures relating to tyres and brakes which is of concern.”

Senior Sergeant Flatt says Police are warning trucking companies and drivers of the importance of checking their trucks are up to a roadworthy standard.

“Trucking companies have a duty of responsibility to all motorists to ensure their vehicles are safe and not putting their drivers and other members of the public at risk.

“Truck drivers also have a responsibility themselves to ensure whatever truck they are given to drive is up to COF standards and they should always be doing a “pre-drive” check of the vehicle – particularly focusing on brake systems, tyres and lights etc.”

As a result of the first three days of the operation, 81 infringement notices have been issued and 21 written warnings were given.

Senior Sergeant Flatt says Police and our partners will continue its road safety operation over this week as further containers continue to be transported on SH1 between Whangarei and Auckland.

“Our staff don’t want to be handing out infringement notices, but our priority is ensuring the safety of all motorists on our roads.

"We will continue to carry out these inspections and take action when any truck is deemed to be unsafe on our roads.”

You’re probably not wrong. It is New Zealand after all. It’s not just 20% of vehicles not roadworthy - I’d say at least 20% of Kiwi drivers are not roadworthy, 100% of the time. But in the woke world we are all forced to live in, it can all be solved by gentle reminders and telling people to be kind.

how about checking some of the cars on the road as well. i walked down devonport rd the other day and out of 25 cars i looked at 16 had expired regos

Well spoken. Merry Christmas and a safe and happy new year to you.

Thank you to all who are carrying out the checks. These ’machines’ are massive things and they are potential killing machines, especially at the speeds they drive and if they are severely faulty as well you folk will be literally saving lives. Thank you again. NOT ok trucking companies, NO excuses, none. :(