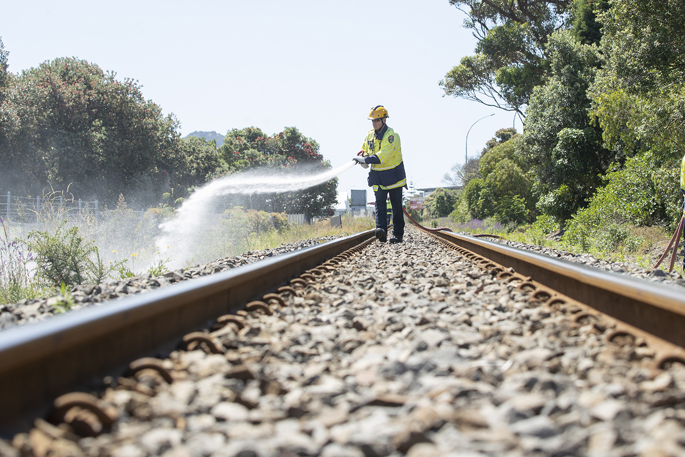 The fire is along the railway tracks on Maunganui Road. Photo: John Borren/SunLive.

UPDATE 3:20PM: Firefighters are working to put out multiple fires along the train tracks in Mount Maunganui.

The fires run along Maunganui Road between Tui St and Tweed St.

Carren says all trains have been stopped while crews work to put out the fires.

FENZ were first notified of the fire at around 2.50pm.

EARLIER: A scrub fire is being reported in Mount Maunganui this afternoon.

A caller to the 0800 SUNLIVE news hotline says there is a fire on Maunganui Road, opposite Central Parade.

Another caller says there is several fires along the railway line.