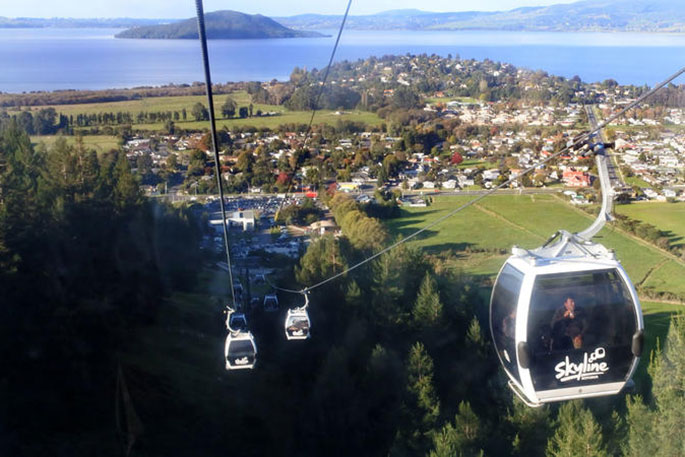 The skyline gondola is one of the tourist attractions in Rotorua (file photo).

There's been a boost in confidence for tourism operators, as Cabinet agrees in principle to establish a bubble with Australia in the first quarter of 2021.

Cabinet has agreed in principle to establish quarantine-free travel in the first quarter of 2021.

It makes any potential trans-Tasman travel bubble an exciting prospect for the head of Tourism New Zealand, Stephen England-Hall.

"Any talk of a trans-Tasman bubble will certainly help encourage the industry and perhaps put an eye towards the future for some form of recovery," he said.

When the bubble would open was still unclear and the prime minister was not giving much away yesterday.

The bubble still needs to be signed off by Australia's Cabinet.

In order for it to go ahead there can not be a significant change of circumstances in either country.

Clear plans would also need to be in place in the event of a community outbreak, and there must be enough places for returnees to isolate if borders shut.

Prime Minister Jacinda Ardern said yesterday there were still a lot of logistical issues that needed to be worked through.

She said she did not want to give specific dates prematurely because people would make plans, such as booking flights.

Ardern said a date would be announced in the New Year, once remaining details were locked down.

The bubble could be expected "pending confirmation from the Australian Cabinet and no significant change in the circumstances in either country", Ardern said yesterday.

Tourism operators in New Zealand were hopeful the bubble would come sooner rather than later.

"It made up around about $73 million out of a total of $841 million annual expenditure so you know, for a lot of our operators and accommodation providers it would be a really welcome and positive move."

Wilsons Abel Tasman chief executive Darryl Wilson was all for a bubble but urged caution.

"It is critical that New Zealand embraces the concept of its borders opening, and the conditions and the protections in place are adequate and conservative if anything," he said.

"I don't think anyone in the tourism industry wants to find over zealous lobbying that would compromise the lifestyle or the economy of the country."

Tourism Industry Aotearoa chief executive Chris Roberts said he hoped the bubble would open in February, as domestic tourists headed back to work.

He said if Australian tourists weren't let in until March or April, it could see a period of economic lull.

"They'll have that gap between the New Zealand-Kiwi summer and when the visitors arrive and that will cause operators all sorts of problems in terms of managing their resources and their staff."

I hope you’re right. (About the bubble, not the vaccine...) Given the casual way lockdown has been observed in Australia and stories I hear from friends who live there about people thinking that rules don’t apply to THEM, it would be high risk to reopen our borders to them until the vaccine has had a chance to reduce that risk. Sure, we need the Tourism, but you can always make more money; you can’t bring back someone who is dead. I don’t understand your skepticism about supply of the vaccine; do you have a particular source for this?

“Agreement in principle”. “Arrangement to facilitate”. All at some unspecified time many months from now. None of it will happen. Just stringing people along. These borders will remain shut for years. No vaccine coming here for a well over a year. Forget Pfizer, it ain’t happening.