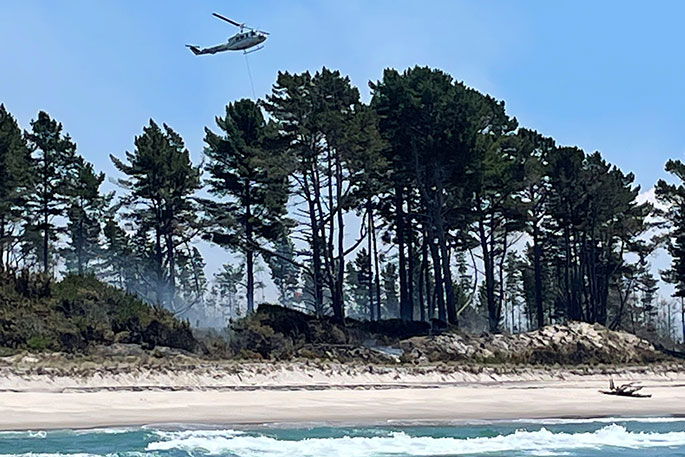 A helicopter with a monsoon bucket at Matakana Island this afternoon. Photos: Claire Rogers.

Firefighting operations on Matakana Island are continuing this afternoon.

Photos sent to SunLive from boaties on the water show a helicopter with a monsoon bucket working to dampen down hot spots along the coastline.

A fire, which was reported to be around two hectares in size, broke out on the Panepane Point side of the island around 3.30pm on Sunday.

Fire and Emergency New Zealand received multiple calls to the fire, as thick smoke billowed over the Mount and Tauranga areas.

The fire continued to burn this morning, but was reported to be under control.

Throughout the day, SunLive has received reports of thick smoke blanketing the city particularly around the Brookfield and Bureta areas. 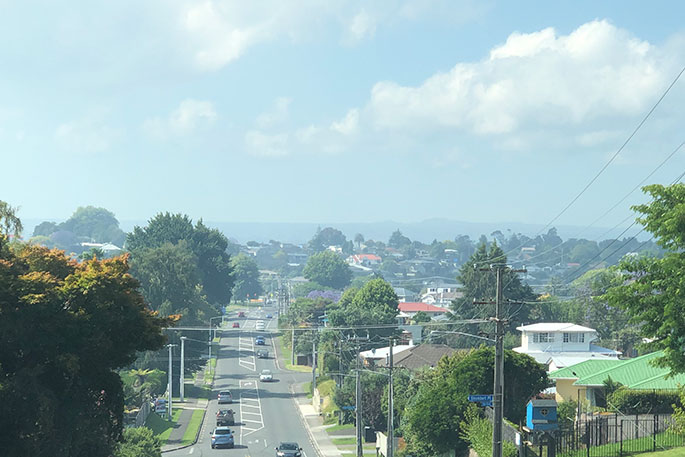 A haze of smoke in Brookfield this morning. Photo: Cameron Avery.

Sun Media director Claire Rogers went past the fire while on the water this afternoon and says there are three helicopters working in the area.

“They are working on hot spots down on the shoreline.”

The cause of the fire is not yet known and Mark says it is all bush and vegetation that was on fire. 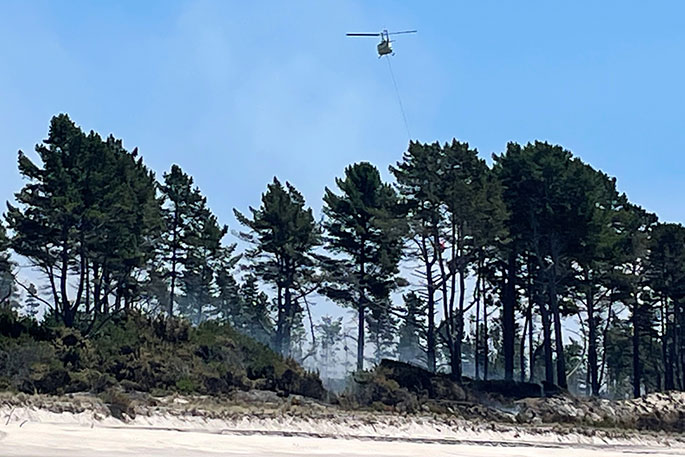 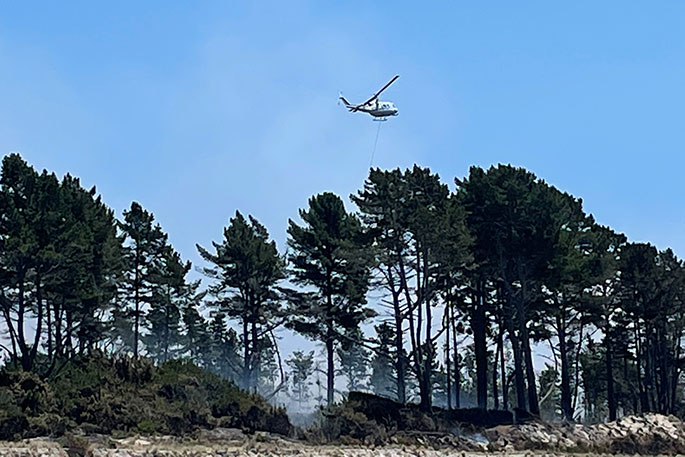 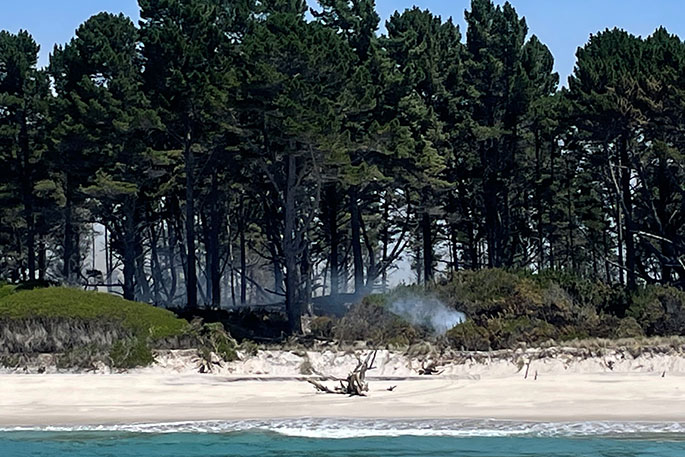