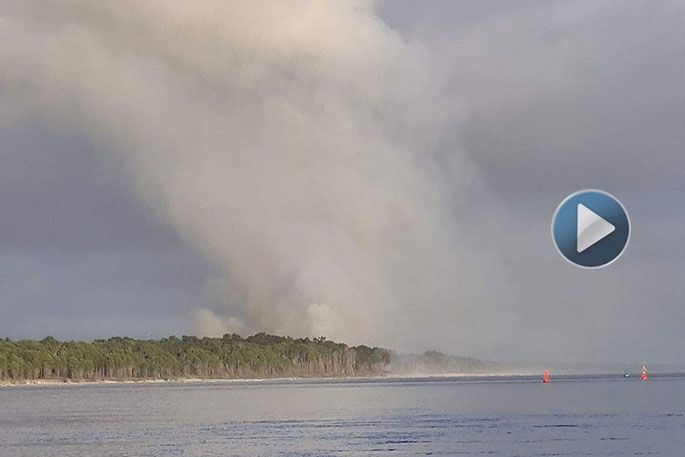 A fire which sparked multiple calls to Fire and Emergency New Zealand on Sunday afternoon, is continuing to burn on Matakana Island.

Thick smoke was seen billowing from the Panepane Point side of the island around 3.30pm.

It was reported to be around 2 hectares and was burning inland.

Multiple fire appliances were called to the scene to help battle the blaze.

Two helicopters with monsoon buckets were also called to help extinguish the fire. 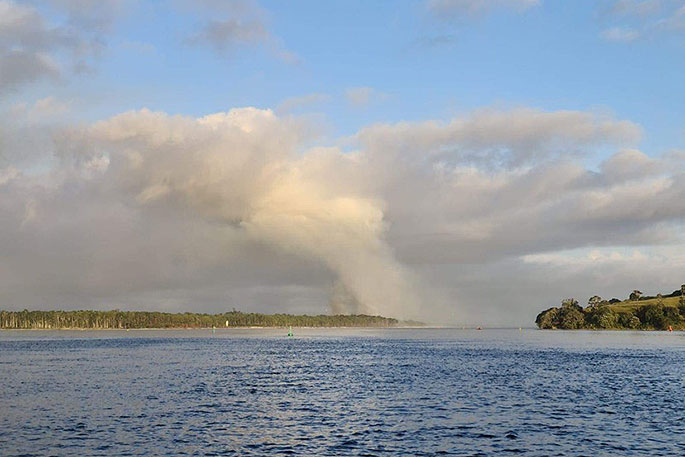 “A rural fire officer is on the scene this morning, keeping an eye on things.”

Mark say additional appliances are expected on the island today.

“There is no information on the cause of the fire and no structures were reported damaged.

“We will be monitoring it all day.”