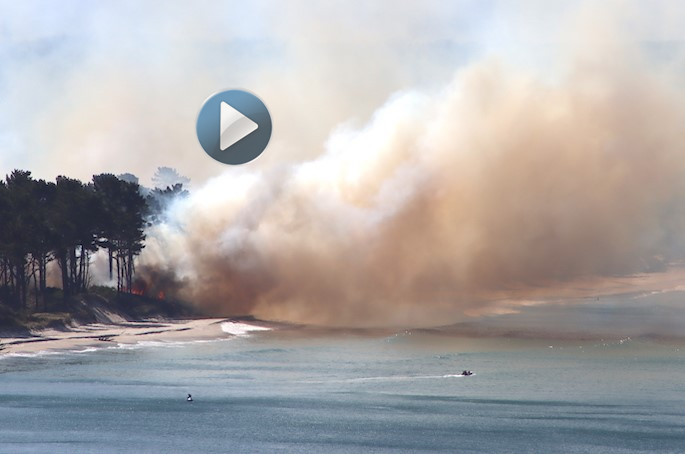 Helicopters have been deployed to Matakana Island and are using monsoon buckets to help put out the fire that took hold on the ocean side of the island this afternoon.

The fire was first noticed around 3pm by the skipper of the Kewpie, Amy Neale. She phoned 111 as smoke plumes started to billow higher. A team of fire fighters has been sent to the scene. 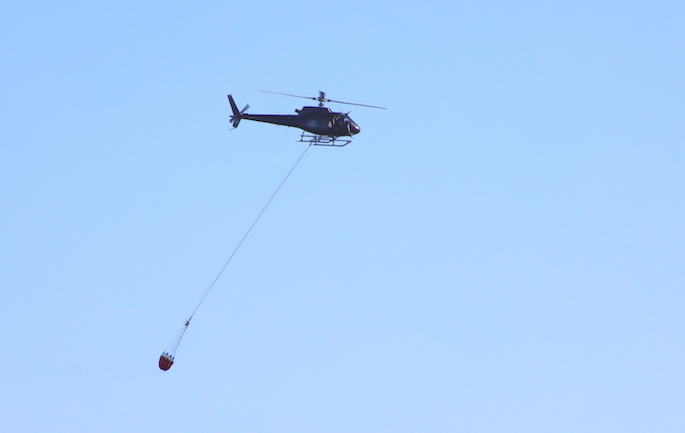 Helicopters with monsoon buckets are helping put out the fire on Matakana Island. Photo: Daniel Hines

The fire on Matakana Island, filmed by Gui Calmelet from Skydive Tauranga

Firefighters have been called to a fire on Matakana Island.

“We have two helicopters that have been deployed and should be arriving shortly.

The fire is on the ocean side just up from Panepane Point and is currently covering an area approximately one to two hectares and burning inland. Two helicopters are in attendance working to extinguish the blaze. 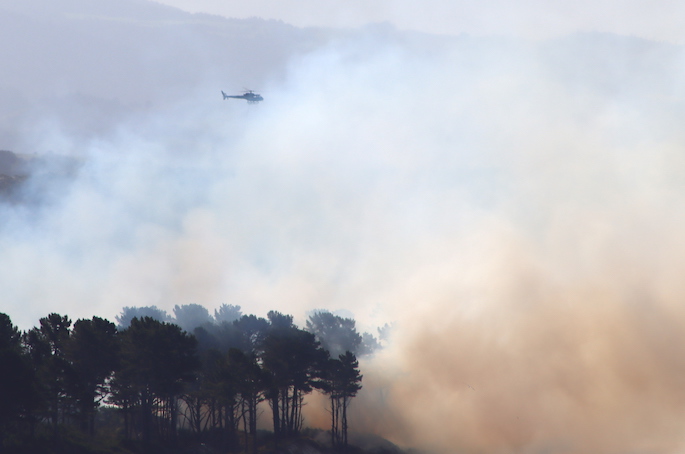 Helicopters with monsoon buckets are helping put out the fire on Matakana Island. Photo: Daniel Hines

A fire has broken out on Matakana Island.

SunLive readers from Omokoroa to Ohauiti and Mount Maunganui report seeing large billowing smoke coming from near the centre of the 20km long island that borders the Tauranga harbour. 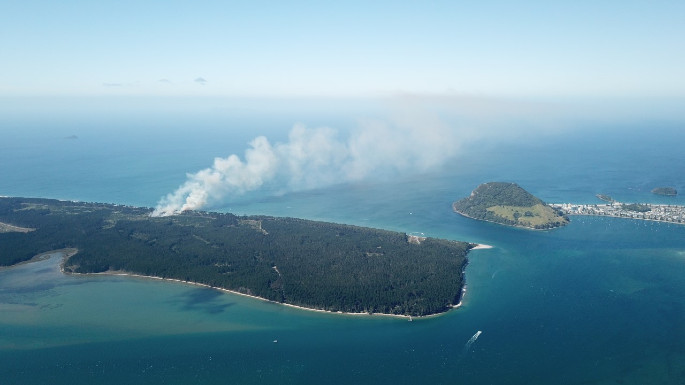 The skipper of the Kewpie, Amy Neale, noticed smoke on Matakana Island about 3pm.

“We were on a private charter outside the harbour entrance today as harbour conditions were choppy due to the wind direction "says Amy. “We left from The Strand and were spending the afternoon cruising around.

“We were coming out of the harbour entrance and noticed a little bit of smoke on Matakana Island so called it in."

SunLive will update as soon as more information becomes available. 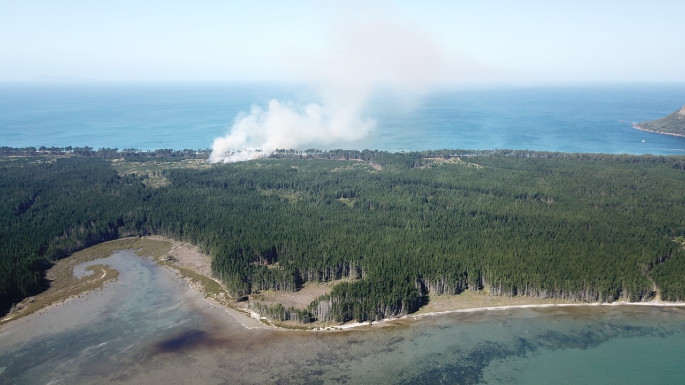 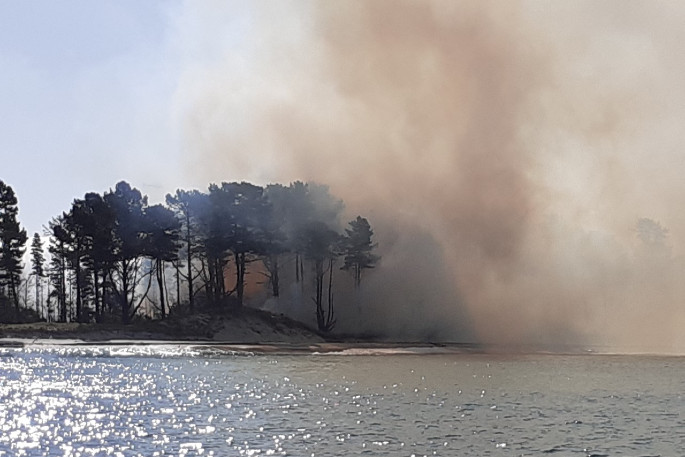 Large orange glow is the flame on the left of the dark smoke ball. Photo: Peter Axelrad 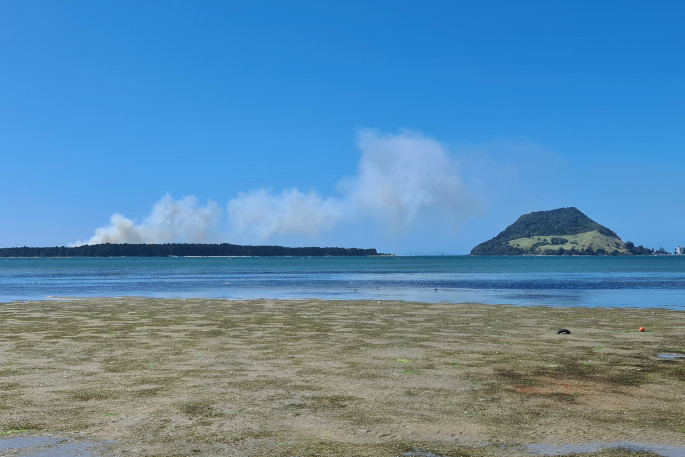