L.A.B‘s ’Why Oh Why' Debuts At Number One 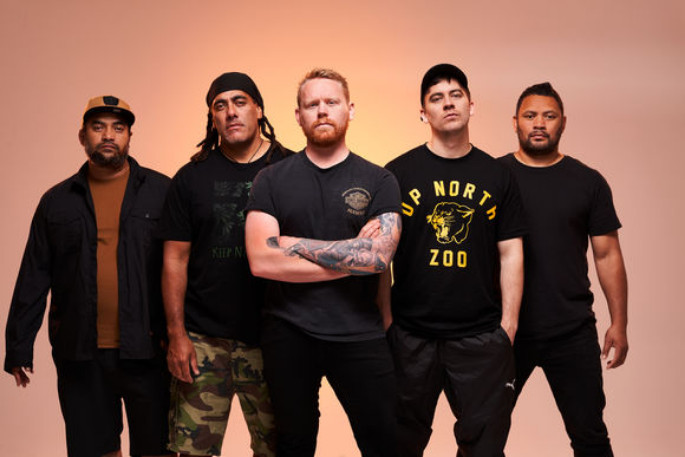 L.A.B had a second Number One of 2020 with three tracks in the top four. Photo: Supplied

One week out from the release of their new album, L.A.B have reached Number One on the Official NZ Top 40 Singles Chart for the second time in 2020.

New single 'Why Oh Why' has debuted at Number One, giving L.A.B their second Number One single in a calendar year, topping all other local and international releases.

L.A.B are the second local independent artist to ever achieve two Number One singles in one year, alongside 'In The Air'. The news comes one week out from the release of L.A.B's new album, L.A.B IV.

'Why Oh Why' sits atop the charts at Number One, with single 'In The Air' at Number Two, and 'Controller' at Number Four. This achievement of simultaneous Number One and Two Singles has never been accomplished by a New Zealand act, and is made more impressive with all singles coming from different albums.

“The trajectory that L.A.B have managed to achieve this year is phenomenal, not only securing the #1 position twice but also topping the Official Top 40 End of Year Charts ahead of all competition, local and international,” says Recorded Music NZ Chart Manager Paul Kennedy.

“Despite the challenges of 2020, this year will go down as one of the strongest on record for New Zealand music with L.A.B leading that charge.”

Friday December 18 will see the release of L.A.B IV, their fourth album in four years. Embracing the eclectic sound that has seen them grow into one of the most sought-after acts in New Zealand, the release further solidifies L.A.B as one of NZ’s hardest-working acts with no signs of slowing down.

In a year which has turned many things upside-down, L.A.B’s work ethic has remained. In addition to completing work on their fourth album, the band has performed capacity arena shows across NZ and won the Aotearoa Music Award for People’s Choice, to go alongside two Number One singles, with 'In The Air' reaching Number One on the 2020 End of Year New Zealand Official Music Single Charts.

"The response to 'Why Oh Why' has been truly incredible, and to see it hit Number One is something really special,” says L.A.B.’s Joel Shadbolt. “To have 'In The Air' and 'Controller' so high on the charts is an achievement we never expected, and we can't thank the fans enough for supporting and listening.”

“The NZ On Air team are absolutely stoked for L.A.B. and the whole support team for the stunning success that they’ve had throughout 2020, and to finish it off with a second number one single in the same year is just an incredible result,” says NZ On Air Music’s David Ridler.

“We’re pleased to have been able to support the band’s recordings through New Music Project funding and it’s shown to be a really good investment in great local content that has paid off in connecting with a wide range of audiences across Aotearoa. Tūmeke!"

Listen to 'WHY OH WHY' by clicking here