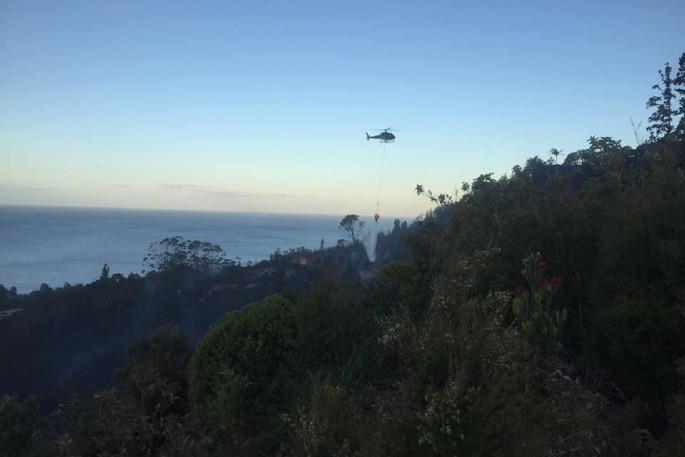 One of the helicopters helping dampen down the fire on Saturday. Photo: Tairua Volunteer Fire Brigade

A large blaze that broke out on Saturday afternoon at Pumpkin Hill north of Tairua on the Coromandel Peninsula is reported to be under control this morning.

This morning there are two fire crews at the scene however Fire and Emergency say the fire is under control and the attendance of the crew is precautionary.

Emergency services were called to the fire after it broke out about 2.30pm on Saturday. When services arrived, the fire was burning strongly and had spread to around 100m by 50m.

Homes on Sailors Grave Road were evacuated but residents have since been able to return home. No buildings were lost.

Principal Rural Fire Officer Matt Cook says crews, with the assistance of helicopters, worked well to dampen the fire, which was fuelled by manuka scrub.

The team remained on site overnight, and the fire is being reassessed this morning.