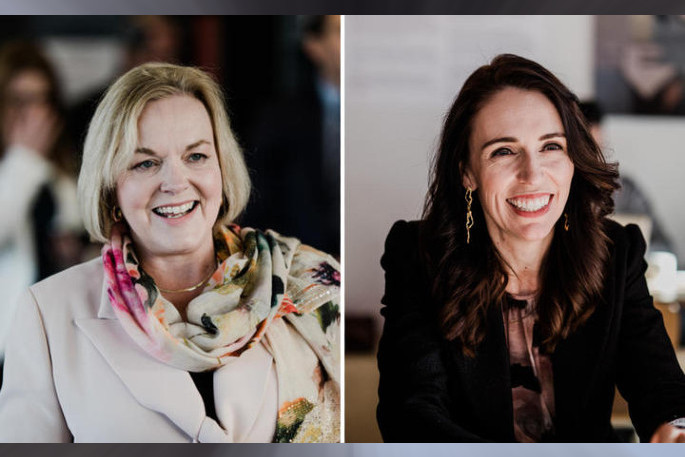 The annual Massey University Quote of the Year competition takes in public entries which are then trimmed down to ten.

A quote from a bird, toilet paper and Jacinda Ardern dancing all feature in the final selection. Winston Peters's quote "We've opposed woke pixie dust", came in at 11th place, just missing out on the list of finalists this year which includes National leader Judith Collins, for her election campaign trail quip: "When my eyebrow goes up, it's a joke."

Prime Minister Jacinda Ardern is also up for the award, for her "I did a little dance", reaction to the news New Zealand had zero active cases of Covid-19.

A popular entry submitted by New Zealanders which made it on the list was, "You're on mute" - a refrain often heard during Zoom calls.

Sara Qasem is also up for the award for when she looked at the Christchurch mosque gunman during his sentencing, and said: "Let it be known these tears are not for you."

Director-General of Health Dr Ashley Bloomfield's message of good news - "There are no new cases of Covid-19 to report in New Zealand today" - has also made it to the top ten.

Past winners of the award include Simon Bridges' description of Paula Bennett as "Paula Benefit" in 2018, while last year's "They are us" phrase won.

Voting is now open, until next Friday December 18.

Quote of the Year top ten:

1. "Because we can't get on each other's nerves if we're dancing constantly." The Buchanan family in their music video that went viral during lockdown.

2. "When my eyebrow goes up, it's a joke." Judith Collins on how people can tell whether she is joking or being factual.

3."I am the orange face you can trust." Orange-fronted parakeet requesting votes in Bird of the Year competition.

4. "There are no new cases of Covid-19 to report in New Zealand today." Dr Ashley Bloomfield at press conferences throughout the year.

5. "The Aussies can have Russell Crowe, but they can't have our buzzy bee." Simon Beattie after The Crown shifted the New Zealand buzzy bee scene to Australia.

6. "Let it be known these tears are not for you." Sara Qasem speaking to the Christchurch Mosque gunman in her victim impact statement.

7. "I did a little dance." Jacinda Ardern when asked how she reacted when New Zealand had zero active cases of Covid 19.

Voting closes at 12noon on Friday, December 18. Click here to vote for your favourite quote.