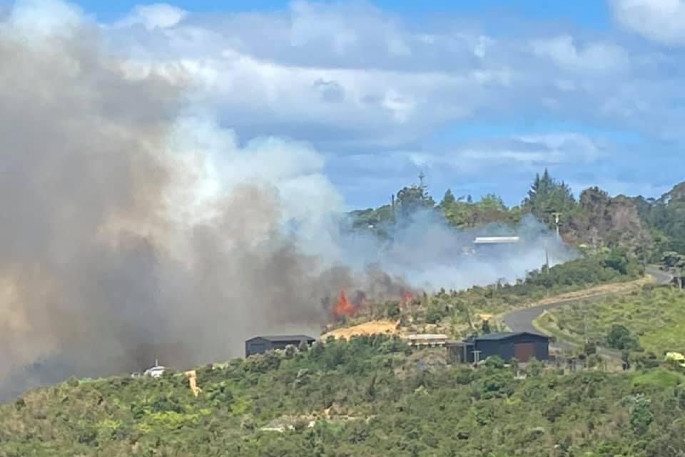 Police is assisting Fire and Emergency New Zealand with the response to a scrub fire in Pumpkin Hill, Thames-Coromandel.

Emergency services were called to the area shortly before 2.30pm.

Police have evacuated Sailors Grave and evacuations are underway on Pumpkin Hill Rd.

Police advises anyone who is concerned or feels unsafe to self-evacuate.

Road closures are in place along State Highway 25.

"We strongly advise anyone who doesn't need to be there to avoid the area so emergency service staff can come and go from the scene," says a Police spokesperson.

Coromandel CFM report that two helicopters have been assisting and there are 14 fire crews fighting the blaze.

Motorists are asked to avoid the area.

Further information will be provided as it becomes available.

Earlier, a tractor rolled on SH25 - Tairua Rd - near Oputere, blocking both lanes. Police were notified of the incident at 1.50pm. One person was reported to have sustained minor injuries and there were delays for motorists while the road was cleared.