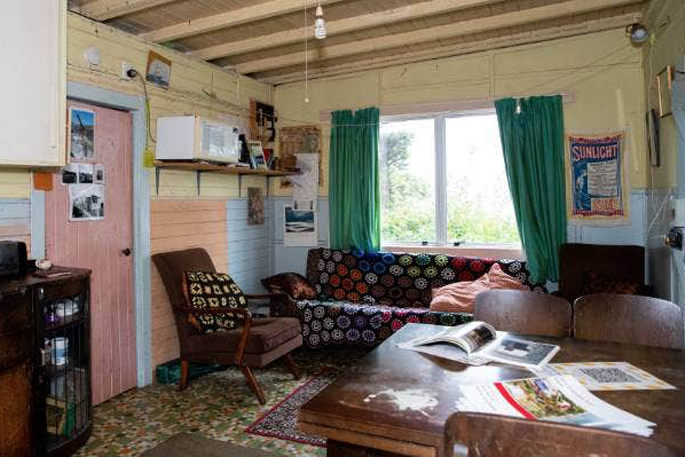 The interior of the Greenslade Road bach has remained relatively unchanged over the decades. Photo: DOMINICO ZAPATA/STUFF.

A Raglan property that last sold in pre decimal days for £45 has fetched more than a million dollars at auction.

And the new owners of the waterfront property say they want to restore the old fibrolite-clad bach so new generations can enjoy its charms.

The sale of the Greenslade Road bach generated strong interest from outside the region but it was eventually snapped up by a Waikato buyer at auction on Wednesday.

Respected astronomer Allan Bryce​ purchased the property in 1943 for £45 – about half the price he paid for a telescope (£75) a year earlier.

Bryce's daughter Bessie Amner​ was among family members who attended the auction.

Lodge real estate agent Sue Hall​ says Bessie and her family are thrilled with the new owners’ plans for the property.

“The purchasers are going to keep the existing dwelling, and build a new property as well.

“I think it's really cool they’re going to keep the original dwelling and bring it up to 2020 standards. They love the heritage of the building." 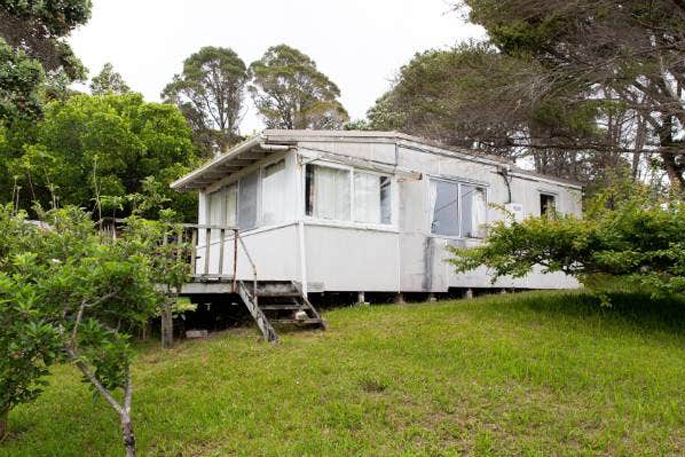 The bach, which dates back to the 1940s, is one of four buildings on the 2226sqm section, and boasts expansive views of Lorenzen Bay.

Sue says the new owners want to make the property a “generational home”.

“It’s a fantastic purchase for them and it’s great that it’s going to be used by different generations, children and grandchildren.”

Sue  wasn’t surprised by the purchase price, having predicted the bach to sell for over $1m.

“I guess it shows how much pressure there is on the Raglan market,” she says.