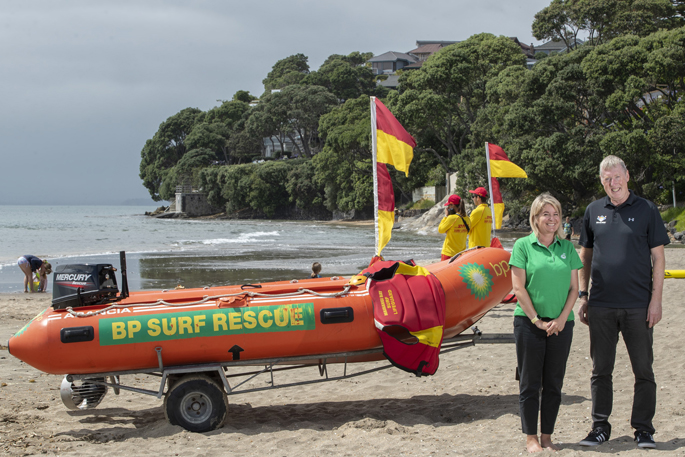 bp has confirmed the extension of its partnership with Surf Life Saving New Zealand for another three years.

The relationship began in 1968, with the extension to 2023 marking the 55-year anniversary of what is believed to be New Zealand’s longest unbroken community partnership.

The association between bp and SLSNZ began shortly after the 1968 Wahine disaster.

This boat was used by brave clubbies in horrendous conditions to save some of the 683 passengers and crew that were rescued from the Wahine.

The Europa team were so impressed by the brave actions of these clubbies that a nationwide partnership began. bp continued the partnership following its purchase of Europa which evolved to become the celebrated partnership it is today.

The partnership extension comes at a time where Surf Lifeguards around the country are gearing up for what could be the busiest lifesaving season on record as New Zealanders head into a summer of domestic tourism.

bp New Zealand’s managing director Debi Boffa says, “We are delighted to announce that our partnership has been extended to 55 years and are extremely proud to continue our long-standing association with the Surf Life Saving New Zealand team who work incredibly hard to keep us all safer on beaches all across the country.”

bp’s partnership includes an annual donation to Surf Life Saving New Zealand, an annual contribution of fuel for every Surf Life Saving Club around the country, support for the Leaders for Life programme, plus the donation of a new, fully equipped Inflatable Rescue Boat (IRB) to a deserving club each year through their ‘Vote the Boat’ campaign. bp also recognises the skills of surf lifeguards with bp gift cards for clubs in the bp Rescue of the Month and bp Rescue of the Year awards.

“It’s incredible to think that bp has supported our organisation’s mahi for more than half a century. As a charity, we rely on the generosity of the wider community and our partnership with bp has truly stood the test of time,” he says.

“We’d like to thank bp for continuing to stand alongside our volunteer Surf Lifeguards so they can keep their focus on saving lives.”