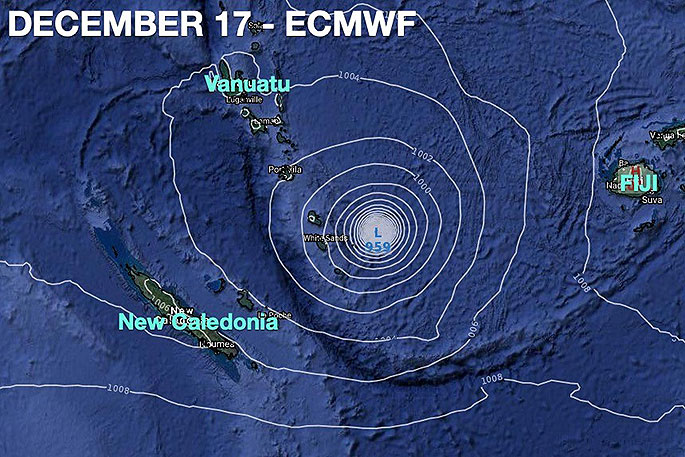 There is increasing confidence about a developing tropical cyclone, which some models suggest may grow into a 'severe' storm next week.

The cyclone is expected to form at sea somewhere between Vanuatu and Fiji and should be drifting away from Fiji and towards New Caledonia area mid next week, says WeatherWatch.co.nz

After that, the tropical storm is likely to head towards New Zealand - but it's not locked in that far out due to high pressure over the nation.

"That high will act as the traffic lights for the cyclone which is wanting to head down towards NZ and the Southern Ocean area sometime around the summer solstice, which this year is December 21" says head forecast Philip Duncan.

"The longest day of the year may also have a tropical cyclone over or near New Zealand." 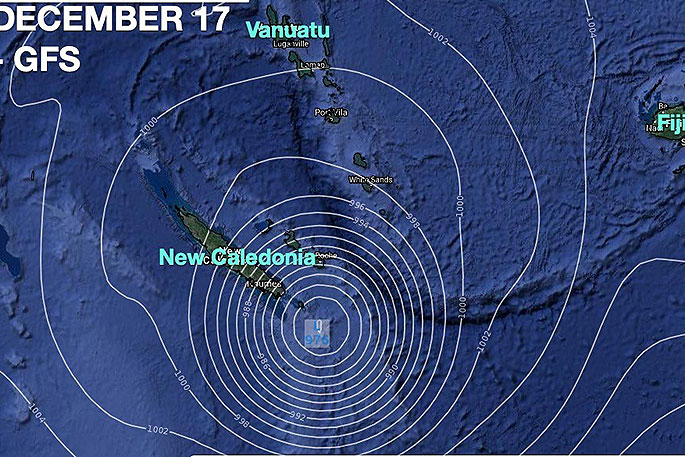 But it's too far out to lock in with precision just yet for NZ due to the high pressure belt we have moving in next week.

"This high will decide if this tropical low moves into the Tasman Sea , northern NZ , or pushes it out to our east with little impact on us," says Duncan.

"This high will also decide how soon the storm can track down here, perhaps giving it a red light for a week to remain up over New Caledonia waters.

The storm is one to monitor with data suggesting it could become a severe category 3 cyclone, or larger.

"Northern New Zealand is narrow so we're never a sure thing for getting a direct hit - but as we've seen in previous years both islands can be exposed to these storms, and right now there's enough uncertainty in future tracking to say New Zealanders should, at the least, be monitoring this." 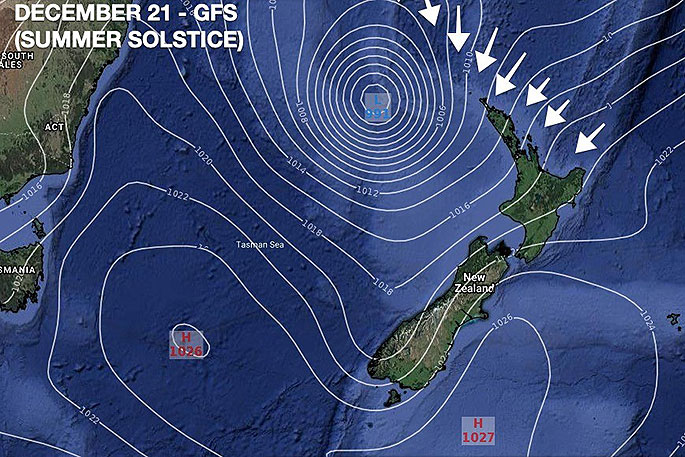