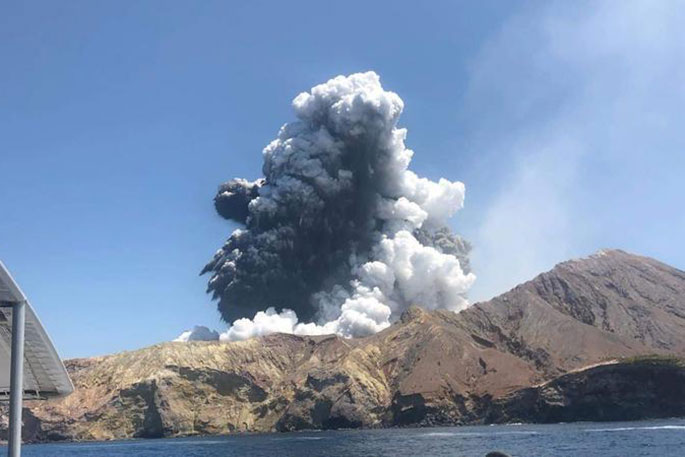 The Association of Scientists is warning that the charges facing a Crown Research Institute could mute the scientific community, preventing the sharing of vital information in a crisis.

GNS Science is one of 13 parties WorkSafe has charged with health and safety breaches leading up to Whakaari eruption that killed 22 people in December last year. The Crown Research Institute is responsible for alerts over volcanic activity at the island.

"Really we do need free and frank advice and it has to be fast and carefully consider the uncertainties that people need to hear because the government needs to take action and people need to make a lot of individual decisions in an emergency,” says Troy.

This Wednesday marks the one year anniversary of the eruption and Troy says people are being denied the ability to analyse the details of what happened.

"The WorkSafe investigation hasn't even announced who's being charged with exactly what and we don't know how long the whole process will actually take."

Troy says although disaster preparedness can still be considered, the case of GNS and Whakaari in terms of the eruption that happened a year ago probably cannot be considered in much detail due to the charges.

“Scientists should not just be able to give free and frank advice to the government but that should be followed up quickly with scientists providing information to the public via the media.”

Troy says an example where this was stymied was in Italy where Italian scientists were jailed after the 2009 earthquake in L'Aquila which killed 29 people.

Troy says scientists are concerned the charges could discourage scientists from speaking out.

"Six earthquake scientists were prosecuted in that incident and it was investigated, they were eventually acquitted when it became clear it was the government that had rehashed and miscommunicated the messages that they'd delivered.

"So it is potentially chilling and you can imagine what it's like to be a scientist in this sort of environment, where perhaps people have trained for their entire career and only have one major event where they can use their skills developed over a career to help protect the public - what happens if it doesn't go well?"

Troy says a lot can be done to ensure scientists communicate well during a disaster, including hearing from a range of voices including Māori.

"We can reach into, for example, indigenous knowledge which Dan Hikuroa and Te Pūnaha Matatini has pointed out can be precise and accurate and rigorous in conveying knowledge of past hazards.

"The trick is making sure that it is out there in ways that help us through the whole crisis and prevent misinformation taking hold."

Wasn’t it said by one of the tour guides to a tourist on the fateful day that the volcano had shifted from Level 3 to Level 2 (level 2 being near an eruption). The tourist caught herself as she took in this information.