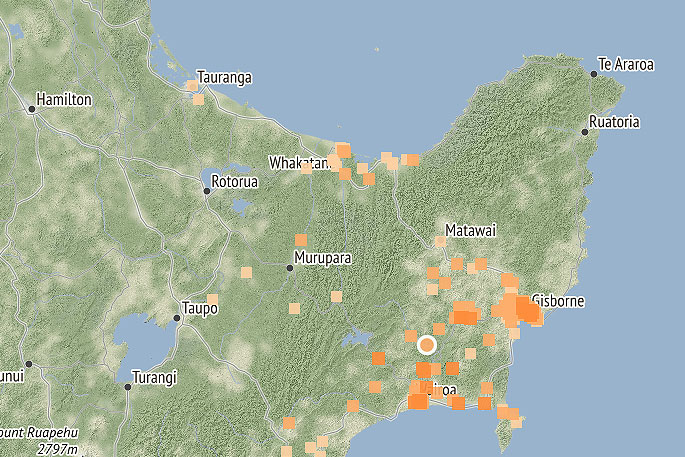 A magnitude 4.4 earthquake has been felt throughout the North Island this morning.

GeoNet reports the quake hit the 25km north of Wairoa, on the East Coast, about 8.30am.

It had a focal depth of 25km and its shaking was described as light.

Reports on the GeoNet website show the quake was felt by more than 500 people, with reports coming from the Bay of Plenty, Hawke’s Bay and Gisborne regions.

TVNZ reports there are also scattered reports as far as Wellington.