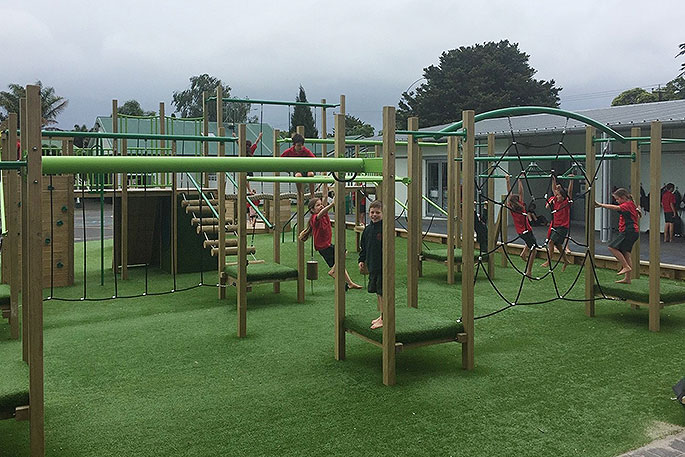 Some of our fondest childhood memories are filled with days at the local playground, making new friends, exploring our imagination and enjoying the fun of climbing, sliding and playing.

Their previous playgrounds were built in 1997, and were enjoyed by students, families, and the wider community over the years. However, despite maintenance, they had reached the end of their lifespan.

“One of the things most schools are developing is a philosophy of learning through play, and we’ve tried to incorporate some of those things in the playgrounds that we have. Play is really important for kids to socialise, and to learn how to cope with relationships.

“As a school, we have always had a real focus on children playing outside, developing physical and mental skills, being active, exploring their capabilities and limitations and developing important social skills. This playground development was part of an overall review of our facilities and was identified as a key component of our school development plan.”

And the playgrounds provide not only fun for kids at the school, but for the community as well.

“They are open for the community to use and that has always been the thinking behind all of our playgrounds, so they are well used over holidays and weekends. Another great thing is that they cater not only to young children but to older children, who are not particularly well catered for in the Bethlehem area,” says Brian. 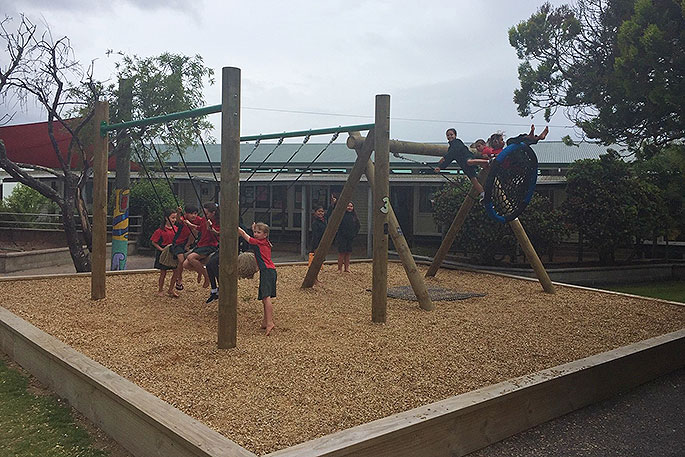 Bethlehem School caters for students aged 5-11 years old.  It was opened in 1883 as a native school and has strong links with its Maori community.

For most of its history it has been a small semirural school, but as Bethlehem has grown, so too has the school.

From a school of 120 students in 1995 to a current roll of over 500, many developments have been made over the years, including 17 new classrooms, a school hall built in 2008, and a heated outdoor swimming pool.

A new project in the pipeline is the development of a creative play container, which will house things like pipes and pieces of wood to encourage creative play – with children able to build their own creations to play with.

The refurbishment and reconfiguration of two of the oldest buildings in the school is another big project coming up that will not only ensure the classrooms are safe and warm, but will allow for more collaboration between classrooms.

The school applied for TECT funding earlier this year to replace one of the playgrounds, with $40,000 approved.

Brian says the project would not have been possible without the grant.

“We could not have done it without TECT’s funding. The cost for all three playgrounds was over $200,000, so to have that grant was a big help.

“We are so grateful for TECT’s support over the years which has totalled around $400,000. Their funding has gone towards equipment, computers, and our hall upgrade. When I think about the money that TECT have put into the school, I feel very fortunate – they are a huge part of our community and so many groups would not function without them.

“We are also very grateful to all the parents and staff who were involved in the project, and those providers such as Playground Creations that made it possible.” 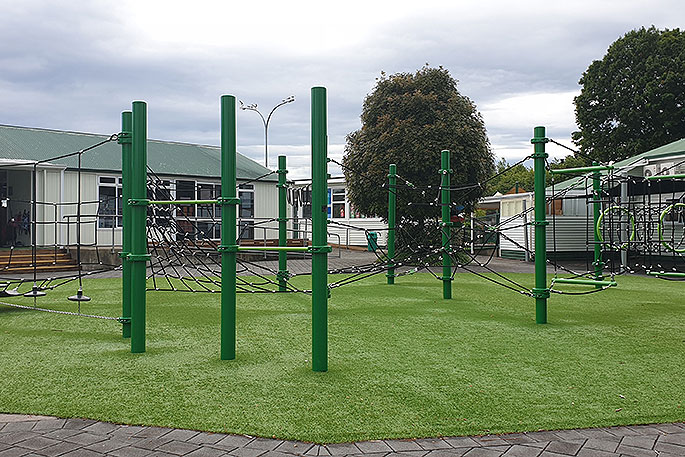 TECT Deputy Chairperson Natalie Bridges says the playgrounds will provide many benefits to children and the community.

“As a mother of three young children, I know how important playgrounds are to families for both fun and health and wellbeing. With Bethlehem’s growth, it is vital we have facilities like playgrounds available for the hundreds of children in the area, and for those visiting.

“We are so pleased we could support the build of one of Bethlehem School’s playgrounds and know it will be well-used for many years to come by the whole community.”