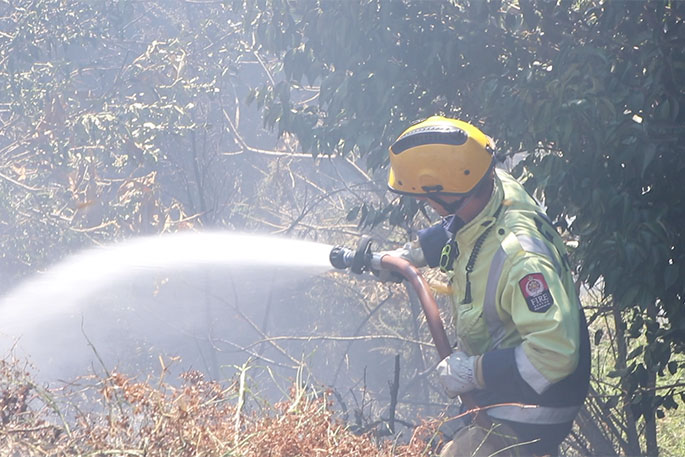 Firefighters were originally called to the fire on Sunday afternoon. File photo.

Fire crews are dampening down hot spots of a large vegetation fire in Aongatete, near Katikati.

She says it was a second alarm fire, meaning additional support was called in to help battle the blaze.

“Nine fire appliances were called to the fire.”

A SunLive reader who lives in Katikati says the sun has disappeared behind a haze of smoke on Sunday afternoon.

She says the Waihi crew came flying out too, with the water tanker.

Carren says firefighters are back at the scene this morning making sure the fire is completely out.

She says with fires like this, sometimes it can go underground, so crews are making sure there are no hot spots that could reignite.

The cause of the fire is not yet known.