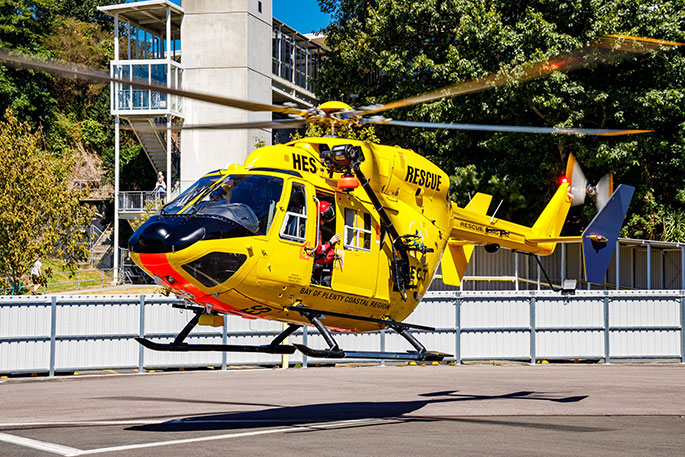 The Tauranga-based TECT Rescue Helicopter was dispatched to the East Coast town of RuatoriaPhoto: PRHT.

A woman is in critical condition following a crash in the weekend.

In the early hours of Saturday, the Tauranga-based TECT Rescue Helicopter was dispatched to the East Coast town of Ruatoria, where a single vehicle with five occupants rolled several time.

"The TECT Rescue Helicopter treated and flew a woman in her early 20s to Waikato hospital.

"She suffered multiple injuries, including head, chest and pelvis, her condition was critical."