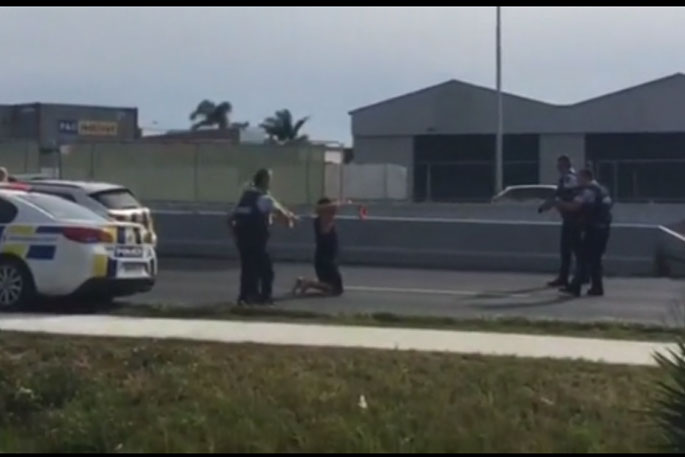 Police arrested the man after spiking the vehicle he was in. Image: Craig Fea
A man was arrested this evening and will appear in court on Monday on a charge of receiving stolen property.
Police sighted a vehicle of interest about 4.30pm on SH29A.
The vehicle was spiked a short time later and came to a stop on Maunganui Rd, Mount Maunganui.
A SunLive reader reports that the incident happened on the stretch of road between Bayfair and Baypark.
A 42-year-old man was arrested and is due to appear in Tauranga District Court tomorrow on a charge of receiving stolen property.
"A woman was also taken into custody, however it appears she has not been processed or charged at this stage," says a Police spokesperson.
"Police thank the public for their patience while they operated in the area."
More on SunLive...
0 Comments
You must be logged in to make a comment. Login Now
There are no comments on this article.