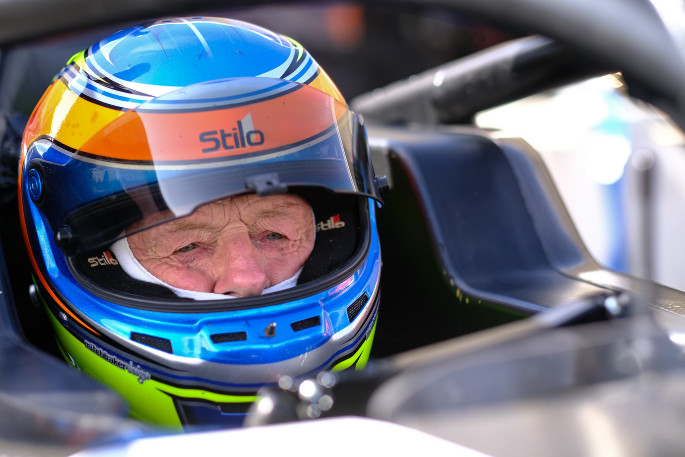 Kiwi motor racing legend Kenny Smith will line up for his 50th New Zealand Grand Prix in the 66th running of the event at Hampton Downs early next year.

Kenny  – a three-time winner of the iconic race – continues to defy his age as he mixes it with the best young talent in the world season after season.

The 79-year-old is the first confirmed entry into the 2021 New Zealand Grand Prix but he is adamant he’s not hanging in there just to rack up numbers.

“It is exciting. I don’t do things for numbers but people relate to that number,” says Kenny of his 50th start. “It is 63 years this season in January without missing a season and we have done most GPs. I just love motor racing.”

And he has no idea when it will stop.

“It was like when I got to 30 years of driving and I thought I would carry on and get to 35 and then when I got there I thought I would get to 40,” says Kenny. “Now it is up to 63 but it just keeps going because of a love of the sport. Most people would have got bored of it by now but not me.”

The New Zealand Grand Prix has witnessed some of the most memorable racing on New Zealand shores and has featured some of the all-time greats of the sport. In a remarkable career, Kenny has been a witness to most of that history first-hand.

“The best one was the first one I won in 1976 in a Formula 5000 – that was a very special one for me. The earlier days was the privilege of running in the Grand Prix with Stirling Moss and Jack Brabham and all those overseas drivers plus [Bruce] McLaren, [Denny] Hulme, [Chris] Amon – they were a thrill to be running with those guys and they were the best in the world in those days.” 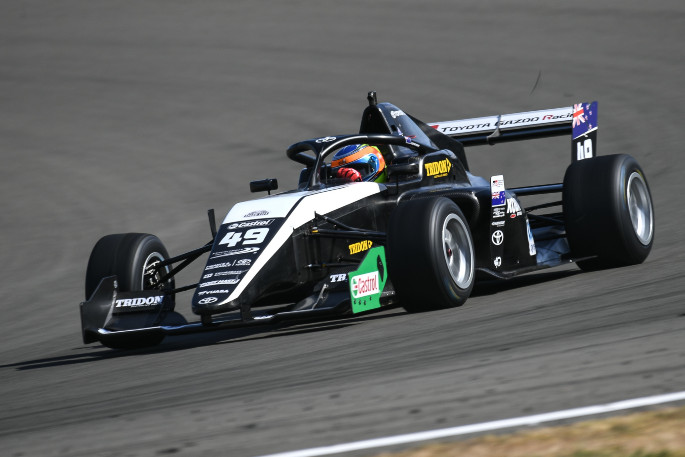 While Kenny was part of the famous golden era of Kiwi motorsport in the 1960s and 1970s, he has also competed and helped nurture the current crop of Kiwi stars. From Scott Dixon to Brendon Hartley, Mitch Evans to Liam Lawson – they all raced against the legendary Smith and had his advice and assistance throughout their formative years.

“The kids today are magic – a lot of these kids are 16 or 17 and you wonder how they’ve got it but they are there aren’t they?”

Ken will race one of the Castrol Toyota Racing Series’ new generation FT60 cars at Hampton Downs and is realistic about his chances against a younger field.

“The reason I’m doing it is that I just love driving. I have no expectations but we could hassle one or two of them. I am 79 now and I haven’t lost the edge or the speed. If we ran Formula 5000 cars for the Grand Prix and you dragged those other kids in, I am sure I could win the race. These current cars – that is what they live for – they are stiff, they are rigid and there are hard to drive – you have to change your whole driving style but I am happy to do that to compete and to be in the Grand Prix.”

The MotorSport New Zealand-sanctioned event – a joint venture by Hampton Downs and promoter Speed Works Events - will run over the weekend of January 22 -24 with practice, qualifying and two races for drivers before the New Zealand Grand Prix itself on Sunday 24 over 28 laps of the circuit. The earlier calendar date is designed to attract high profile New Zealand drivers still at home following the Christmas break and provide a rare opportunity to run the Grand Prix with the very best Kiwi drivers available in it.

The New Zealand race is one of only two official FIA-sanctioned events permitted to carry the Grand Prix title that are not part of the annual FIA Formula One World Championship. The other is the annual Macau Grand Prix. Both have global significance in the motorsport world, but New Zealand stands out because of the unrivalled list of famous names on the winner's trophy.