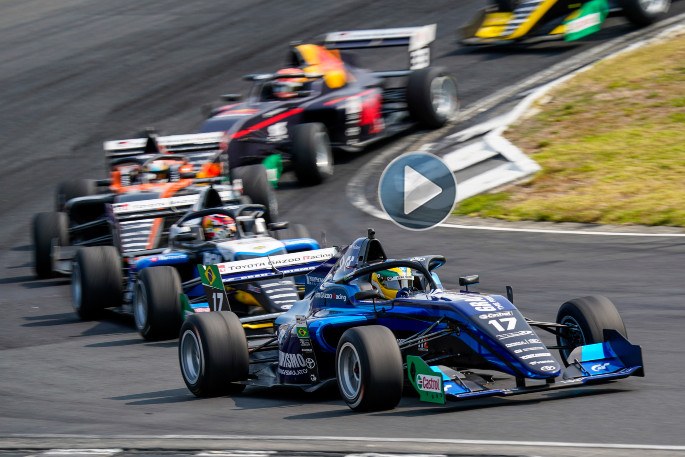 International drivers have a window of opportunity to travel to New Zealand to compete in the 2021 Castrol Toyota Racing Series. Picture Bruce Jenkins.

International drivers will be allowed to enter New Zealand for the three round 2021 Castrol Toyota Racing Series.

Drivers will still have to quarantine for 14 days in a managed isolation hotel. A limited number of exemptions will be available and all drivers must arrive between January 3 and 6.

It is fantastic news for the series, which will begin with the 66th New Zealand Grand Prix meeting on the Hampton Downs International circuit over the weekend of January 24-26.

"There has been a huge amount of work going on behind the scenes to ensure that there were correct protocols and processes in place to allow a limited number of international drivers into the country for the 2021 Championship," sats Toyota New Zealand General Manager for Marketing Andrew Davis.

"Everyone involved in the series is grateful for that work and for the efforts of MBIE, ministers, New Zealand Immigration and Sport NZ to make this happen for the sport.”

Category Manager Nicolas Caillol says the series will now work hard to secure drivers to take advantage of the opportunity.

“We can now follow up several very serious enquiries from drivers wishing to race in the series from overseas and we will be making announcements as we confirm drivers,” says Nicolas.

"With lots of interest already from Kiwi drivers and several well-known names, fans can look forward to a fascinating few weeks of driver announcements heading towards the Grand Prix and the other rounds of the championship."

Despite the shorter duration of the championship, there will still be nine races and 2,700kms of mileage available for drivers including race weekends and testing at an additional New Zealand track not on the race weekend calendar.

“With a large amount of work being done behind the scenes, it’s great that we have been able to have CTRS recognised by Sport NZ and MBIE as an event that will now allow it access to the MIQ facilities,” says Elton. “Being able to have some international drivers attend the shortened championship in 2021 reinforces the ability for our young star drivers to compete in a world class feeder series.”

In 2021, because of the global pandemic, the Castrol Toyota Racing Series will run over a shortened three race programme. Starting with the New Zealand Grand Prix is also a departure from the normal championship routine. The earlier calendar date is designed to attract high profile New Zealand drivers still at home following the Christmas break and provide a rare opportunity to run the Grand Prix with the very best Kiwi drivers available in it.

The second round of the championship will be on the shorter Hampton Downs National track before it concludes at Circuit Chris Amon, Manfeild.

I hope they will have a better sense of responsibility and respect for our country and NZers than the cricket team. If they do - WELCOME, bring on the racing.