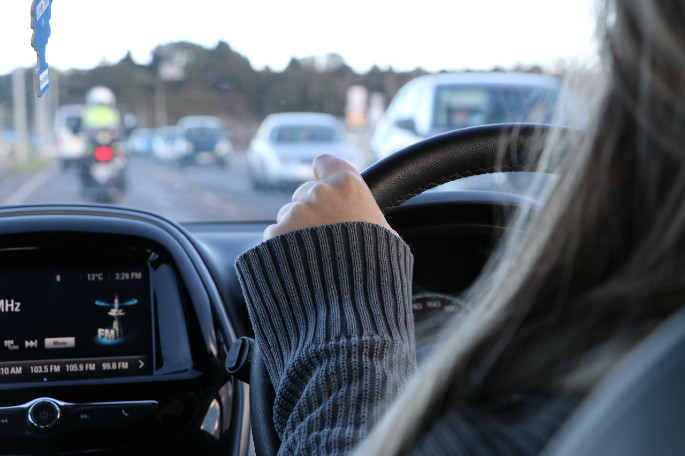 There is frustration over further delays to a park and ride system. Photo: Daniel Hines.

He says 20 years ago the Tauranga City Council could have bought a lot of land in Papamoa but it’s now covered in houses.

“Last week at the public transport meeting it was on the agenda again. We talked about it, but it was put off again.”

In 2019, Tauranga City Council undertook a study to identify Park n Ride options. The process identified 16 sites which were assessed in more detail, considering their cost advantage, route congestion, frequency of bus services and proximity and access to arterial routes.

From theses 16, three ‘short-listed’ sites were identified - two privately owned sites in Papamoa and Tauranga South, and Baypark as the other option.

The council determined that none of these met all the identified success factors, particularly the cost advantage for users and frequent public transport services.

The study reported that the use and patronage of a park and ride facility at any of the short-listed sites was likely to be limited.

Baypark was discounted as a quick-win solution because of the lack of direct access and delays to buses occurring during the BayLink construction.

“Park n Rides in our city and in the Western Bay can play an important role but are not a silver bullet or panacea to reduce all single occupant vehicle trips,” says Tauranga City Councillor Larry Baldock.

“The bus service linking to Park n Rides must have efficient services with bus priority lanes.”

The priority for finalising plans for the Tauranga Northern Link with Tauriko to Barkes Corner and the Baypark to Bayfair Link being completed are two of the main considerations before Park n Ride decisions can be made.

“We asked staff to look at any other sites for some quick wins and no other sites passed the investigation at this time. It is obvious that Bay Park with existing parking facilities could be useful with a direct service to the CBD once the B2B construction is complete in two years,” says Baldock.

I'm with Yadick on this.

Busses for local transport are not really the answer. Maybe electric minibuses that carry around 20 people max. By having more, smaller, transport units they can be deployed more flexibly. Smaller units will fit better on our existing roads. You can easily add more units as demand increases, or at peak times, and remove them as demand decreases. It won’t cost any more than a fleet of diesels and they’d be quieter and more eco-friendly. We need a 21st century solution and I don’t think lime green scooters are it. The question of the problems at the City Terminus still needs addressing; it is disgusting.

The way we are going

The traffic increase will grind the flow of traffic down and council are trying hard to make sure but more so soon park and ride will be needed in every suburb. Already do my own park and ride when trying to get to the hospital rather than a two bus transfer taking twice as long as it used to. Still have to car through Greerton though so the congestion increase from the stupid road design still is annoying.

Waht about the county?

Hey Mr Webber, how about you put your money where your big mouth is? It doesn’t take much observation to see that many of those that come to and thru town are your own voters. Anyone outside of the city is in your catchment and pay rates to you. You pass none thru to the city ratepayers for allowing your residents to use most of our city ratepayer bought and paying for facilities. Frontt up and build the park and rides in Katikati, Te Puke, Pyes Pa, and all those places then fund the bloody busses from your budget. The county has done this forever, sponged on the city ratepayers. Swimming pools, boat ramps, sports grounds, roads. main city access roads that others have paid tolls for. Pull your head in and take some of your own advice instead of criticising what you have never had the honesty to do.

The study reported that the use and patronage of a park and ride facility at any of the short-listed sites was likely to be limited. Why waste millions that we don’t have on even more empty buses barrelling around the streets. We’ve already got a filthy dirty, dangerous, infested main bus stop right outside the doors of our caring Council. Buses are 19th century - dump the unaffordable plans and come up with something modern, useable and that favors a good report.