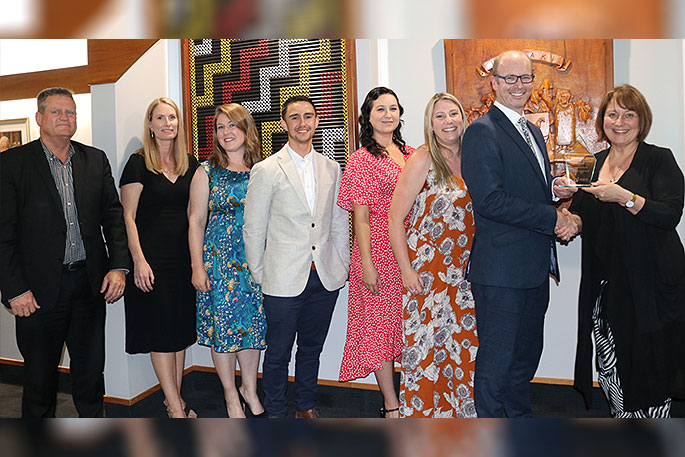 Chief Executive Langley Cavers watches on as the team are presented with the winning trophy from Karen Thomas, Chief Executive of SOLGM New Zealand. Photo: Supplied.

Team Hiko Hauraki competed against the best Councils in Australia to win the top management prize.

HDC Communications Officer Margaret Maclaurin says they were the smallest Council that entered and the fact that they won is “mind-blowing”.

“In that situation every team member has to be at the pump the whole time.”

Margaret says there is only ever one finalist from New Zealand.

The competition involved training, a ‘pre-challenge task’, and then one “really intense” day of 6-8 tasks.

Chief Executive Langley Cavers says it was a win-win for them and their communities.

“It's only the fifth time we've entered so to take out the Australasian title is outstanding.”

Meanwhile the cyber security award was won by their Information Technology and Information Management department. 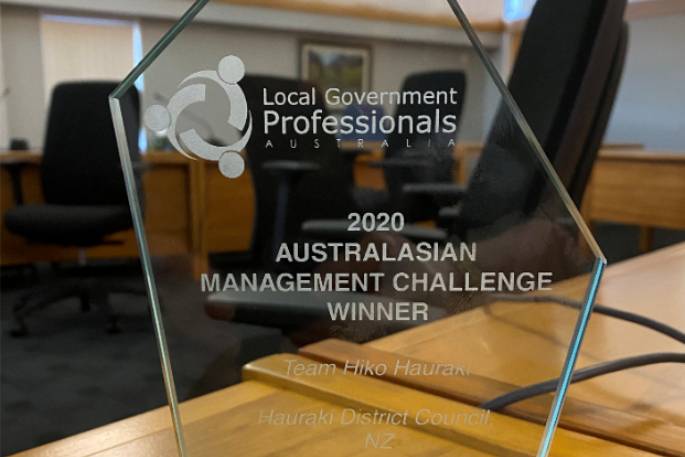 “We were really impressed with the effort they put in.”

This year the management challenge was completed virtually due to COVID-19.

Team Hiko Hauraki Team Leader Chris Zampeze says they had a year of training and practicing, and the secret to their success was knowing that each team member was capable of handling any of the tasks.

“After such intensive training and bonding as a team, I knew I could delegate any task to any person and it would be done well.”

"It was an awesome feeling to take on the Ozzies and win."

“I now know more about who does what in council.”