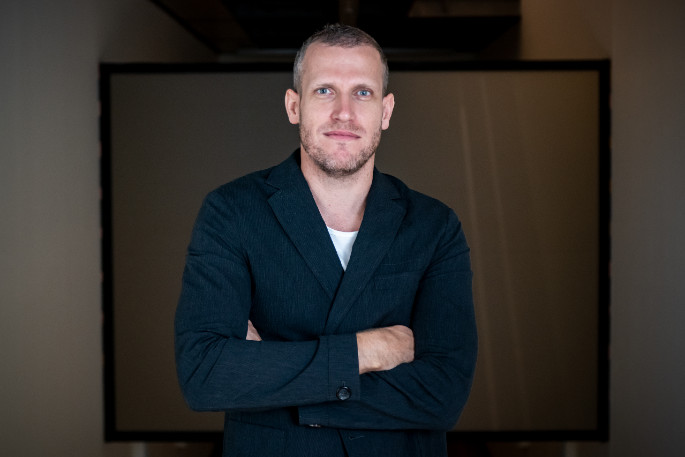 Stephen Cleland has been appointed as the new director of the Tauranga Art Gallery.

“His combination of skills, experience, connections and warm personality is perfect for the gallery.”

The appointment follows an in-depth and extensive recruitment process carried out by the Tauranga Art Gallery Trust board and a team of industry and HR experts.

“The board look forward to working with Stephen and the wider team, to take TAG to the next level in terms of creativity and engagement,” says Rosemary.

Stephen brings a wealth of experience and personal ambition to the role, having worked in the competitive New Zealand art scene in a professional capacity for 15 years both as a curator and in leadership positions.

He joins Tauranga Art Gallery from the Adam Art Gallery Te Pātaka Toi at Victoria University of Wellington, where he has held the position of Curator since 2015.

Stephen says he is attracted to the scale of Tauranga Art Gallery and the opportunity to lead a dedicated team and an important regional art organisation.

“Tauranga is a city that will only continue to rise in its national standing and it’s exciting to have the opportunity to contribute to the cultural fabric of the city through developing an ambitious programme with leading international and New Zealand-based artists”.

Initially growing up in the Waikato, Stephen studied at the University of Auckland in the early

2000s, gaining bachelor’s degrees in Art History and Fine Arts at Elam School of Fine Arts. His passion for exhibition making then led to curatorial roles, initially through co-founding and co-managing Window Gallery at the University of Auckland, a project space running concurrent on-line and site-based contemporary art programmes in a purpose-built gallery.

He then undertook curatorial and directorial positions at Te Tuhi Centre for the Arts, Auckland and The Physics Room, Christchurch, prior to returning to Tamaki to commence further postgraduate study.

He was acting curator, contemporary art at Auckland Art Gallery Toi o Tamaki from 2014-2015 and moved to Wellington that year for the Adam Art Gallery role.

Stephen will relocate to Tauranga in early January and is joined by his wife Sonya Lacey, a leading contemporary artist who was recently nominated for the prestigious Walters Prize at Auckland Art Gallery.

He is also looking forward to being closer to family in the Waikato and the Bay of Plenty and exploring the region that will become his home in this exciting new chapter in his career.

“The board would also like to take this opportunity to thank Mary Stewart, our departing interim director, for her commitment, innovation and sterling work in supporting the gallery. We wish her well in her next endeavours,” says Rosemary.

Stephen’s appointment is effective from January 11, 2021.

For further information about the Tauranga Art Gallery, including current and upcoming exhibitions and events, visit: www.artgallery.org.nz

"Man does not live by bread alone..." I never cease to be amazed by the large number of talented artists (painters, sculptors, musicians, writers, and entertainers) we have in our city. TAG provides a central focus for this and it is a place where kids can come to see there is more to life than just making a living. You are right that money is tight (but if less of it was wasted, it wouldn’t be...) and we need to be mindful of that, but I would want to see economies in our administration and governance before I’d want to lose the Art Gallery. We have a beautiful Art Gallery; it has been very well managed and it has stayed pretty close to its budget. It would be tragedy to let it go. Even if you, personally, never go there, it still deserves to be here.

Sorry, but NO disrespect to the Chap

That applied for and got the job! BUT does Tauranga need an Art Gallery when the city has to spend MILLIONS of $$$$$$ for basic water/riding works to get the city back into the 21st Century !!!