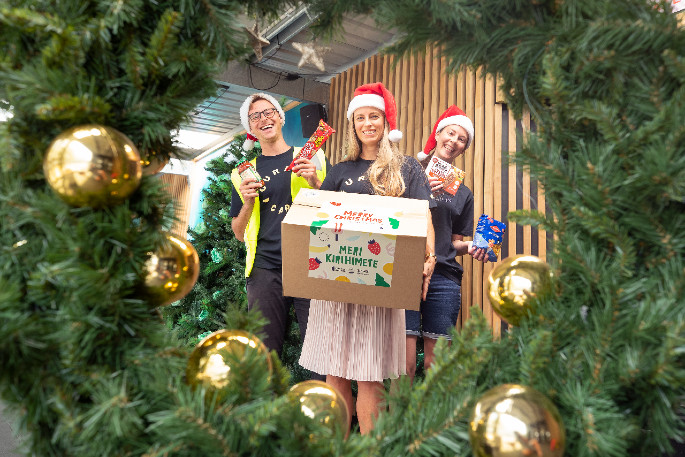 Last year, Curate Church’s Gift of Groceries Christmas hamper initiative resulted in 1200 grocery boxes being given to more than 30 Bay of Plenty charities to distribute into the community to individuals and families facing difficult circumstances.

This is the sixth year since the annual project began and project co-manager Elle Crawford says that next week 1600 boxes will go to 40 local organisations such as Oranga Tamariki, NZ Police, Plunket and Waipuna Hospice.

“We are collaborating with New World Mount Maunganui, Pak’n Save Papamoa and Kiwi Larder - they have been really generous with their pricing so we can get as much into the boxes as we can, and they have helped with sourcing bulk orders of product.”

On Tuesday and Wednesday, volunteers will pack the boxes with non-perishable items and produce.

“Around 200 Curate volunteers are involved, including a crew from Curate’s addiction recovery group, several staff from Holland-Beckett Law and a group of young adults with disabilities from Casita,” says Elle.

“Once packed, local organisations will pick up their boxes and deliver them personally to individuals and whanau, which is always such a moving experience,” says Elle.

Over the year, Curate Church members and local businesses have been making generous financial donations to the volunteer-powered project, which Elle says directly helps local people in need and promotes hope and kindness amongst the community.

Next year they are aiming for 2000 Gift of Groceries Christmas hampers.

“Christmas can be a really hard time for many people both financially and mentally, so join with us as we spread some Christmas aroha,” says project oversight Daniel Bosson. “We would love to hear from you if you are interested in being part of this impacting project through your financial contributions; your generosity would mean the world to us and our community.”