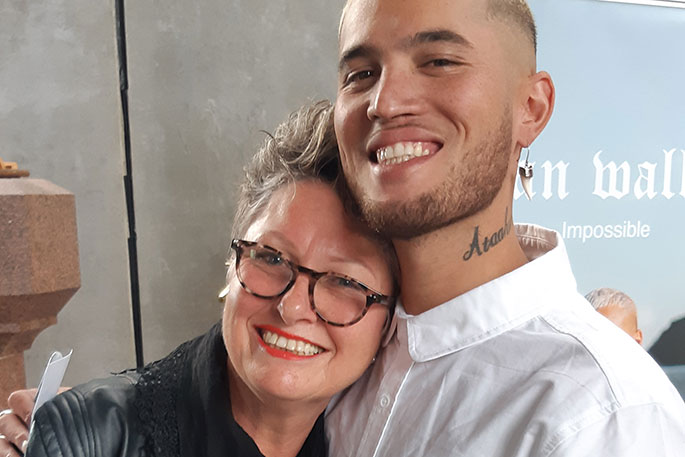 The public has been treated to an intimate evening with New Zealand singer Stan Walker at the Holy Trinity Church.

Stan was in the city on Tuesday promoting his new book ‘Impossible: My Story’.

His discussed his book with Mike King in between playing acoustic renditions of his greatest hits including Bigger, Give and Choose.

Stan is currently in remission from stomach cancer after he was diagnosed in 2017 and had his stomach removed.

Karyl Gunn-Thomas, who was diagnosed with Leukemia 5 months ago, says she could feel the love in the room.

She says she admires the adversity he’s been through.

According to the books publisher Harper Collins, Stan speaks with startling honesty about abuse and addiction, hardship and excess, cancer and discrimination, and growing up in a family where love and violence were horribly entwined.

Stan started the night singing Amazing Grace, which was ‘outstanding’ in the church, says Karyl.

She says he’s impacted hundreds of thousands of people and she appreciates the openness and honesty in the book.

At the end of the night, around 30 of Stan’s family stood up and sang two waiata for him.

Karyl says she could see where he got his voice from.