Foodbank donations ‘the biggest yet’ 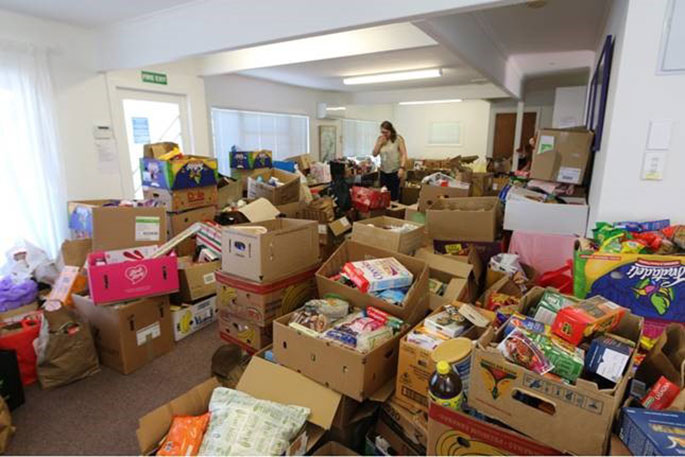 Boxes of food collected from the drive. Photo: Bent Jansen.

Food has been piled up wall-to-wall following the Tauranga Foodbank Drive through the city this week.

Sirens were blazing as emergency services were out collecting the food.

He says thousands of items have been collected, doubling that of last year.

“It’s been by far the biggest. We had 200 cans left from last year so we’re collecting a years’ worth of food. It’s really heartwarming to see the community out there”.

Bruce says normally they get around $300 worth of cash donations and this year, there was $1230.

Surveying the volunteers afterwards, he says 94 per cent of them wanted to be counted in for next year. 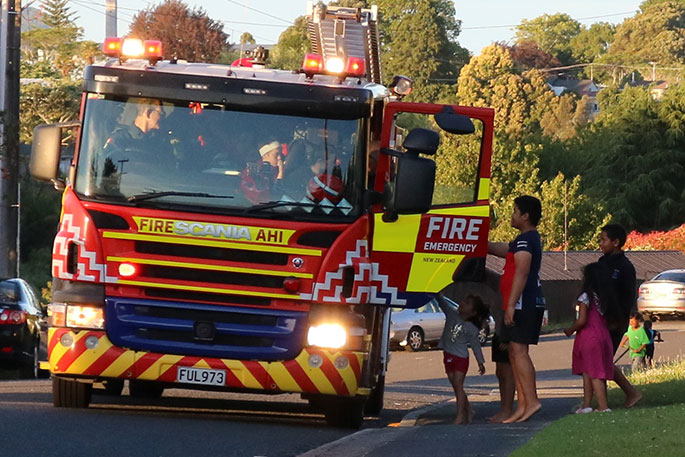 Emergency services out and about collecting for the foodbank drive. Photos: Ursula Keay.

He says the biggest complaint from people was that they didn’t know it was happening.

Next year, they will be working with the Tauranga City Council to ensure greater publicity around the event.

Bruce wants residents to know that goods received from certain communities will be distributed back to those same communities. 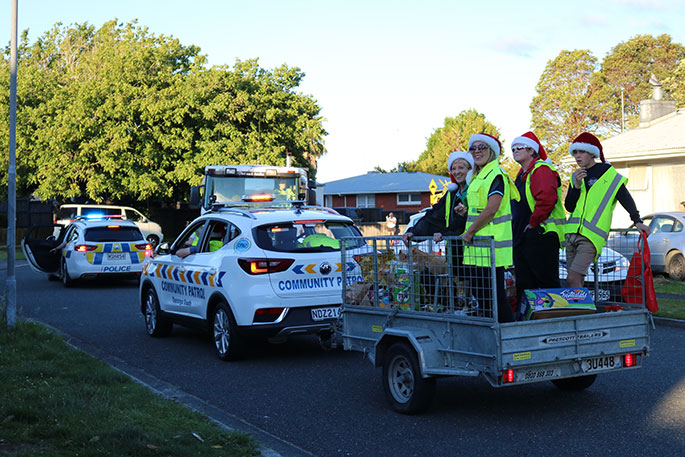 By the time I managed to get out to the end of the driveway, the emergency vehicles were disappearing down Maleme Street! Would be a good idea to have one vehicle a bit behind, to get those who have limited mobility and take time to get out to the street, and to put it in Sunlive a week before, with daily reminders, as the first I knew about it was when I read Sunlive at 5.30 pm!

Not a good look for Community Patrol having an open back trailer with people standing in it being towed down a public road. Ticketable offence. Takes one to fall on take off and knock others out with them. Think life threatening head injuries. Santa and elf hats are not going to protect them. Good fun I know but illegal and dangerous.