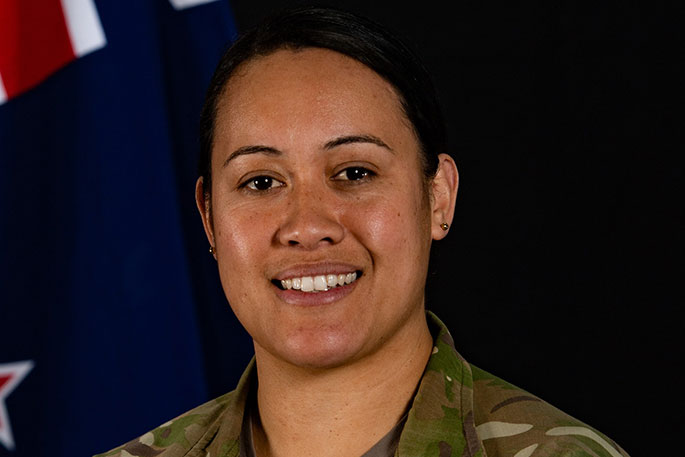 Fast-forward 15 years on, the Army mechanic has been named New Zealand Defence Force (NZDF) Person of the Year.

Staff Sergeant Oltaches-Tagavaitau, a member of the Royal NZ Army Logistics Regiment currently deployed to the Sinai, took out the top award at a ceremony at Royal New Zealand Air Force Base Ohakea this week.

Chief of Defence Force Air Marshal Kevin Short says Staff Sergeant Oltaches-Tagavaitau has developed into a high performing and unwaveringly reliable soldier with a wide range of interests and associations.

“She has equally proven to be a proficient tradesperson, an inspiring leader, a determined and dedicated sportsperson, and a proactive member of the NZDF Pasifika community.”

On top of her regular trade, Staff Sergeant Oltaches-Tagavaitau was an effective leader, manager and supervisor, taking on extra responsibilities, he says.

Staff Sergeant Oltaches-Tagavaitau was also an accomplished sportswoman who has has been successful in a number of codes, and has also given back to each sport through coaching and administration.

She had led initiatives in the NZDF Pasifika and Army Women communities, and provides leadership and support so that others are able to reach their full potential within the NZDF.

After winning the 2020 Soldier of the Year award, she said the Army had ticked all the boxes and she had no regrets about enlisting.

She had four goals for a career; how to avoid university without disappointing her parents, how to gain a qualification without a student loan, how to contribute financially to her home and to pursue a career that was outside the social norm.

When hearing she had been named as Person of the Year, Staff Sergeant Oltaches-Tagavaitau said it was incredibly overwhelming.

Her award was an acknowledgement of all the sacrifices, unconditional love and support her family had blessed her with, she said.

“This is a very proud occasion not only for New Zealand Pasifika community but also the wider Pasifika nations. This is an empowering opportunity to pave the way for Pasifika to explore a successful military career, and most importantly, inspire and encourage our Pasifika families to explore unique career paths outside the social norms.

“My career has been unique and very rewarding. I have gained so many skills and incredible experiences. My time as a young soldier, sportswoman and leader within the organisation is challenging, but is hands-down among my proudest achievements,” she says. 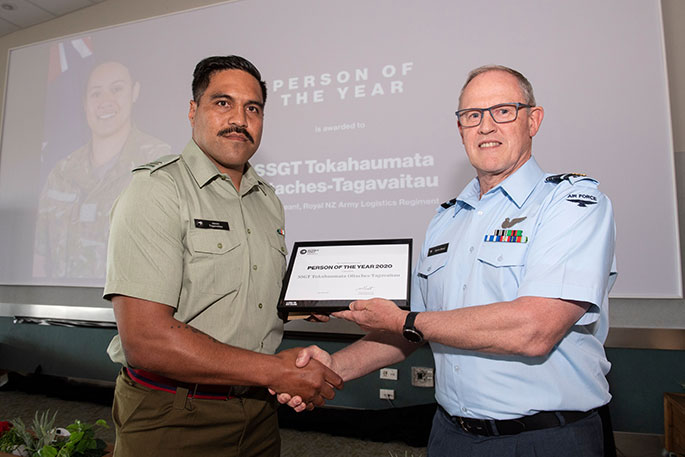