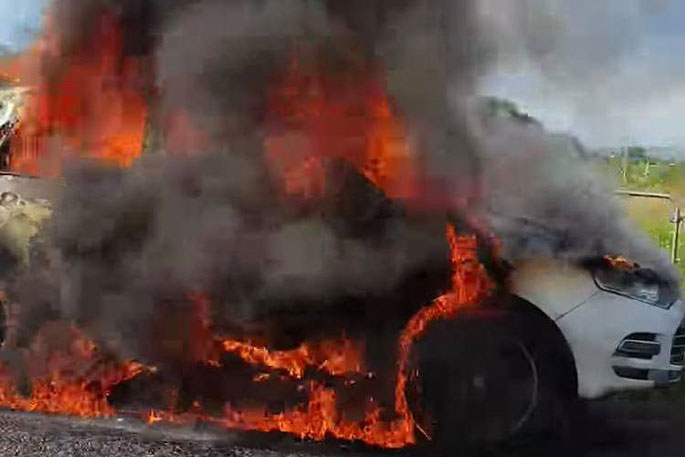 Investigations are underway into the cause of a car fire in Thames.

Firefightes were called to the blaze on State Highway 26, in Kpou, just before 9.30am.

A post on the Thames Volunteer Fire Brigade Facebook page says the car fire was opposite the golf club.

Fire and Emergency New Zealand northern fire communications shift manager Daniel Nicholson says the car was well alight when crews arrived but it was not known what caused the fire.

There were no injuries as a result of the fire and it was extinguished quickly.

This is the 247th callout for the volunteer brigade this year.