Backpacking kākā in the Waikato 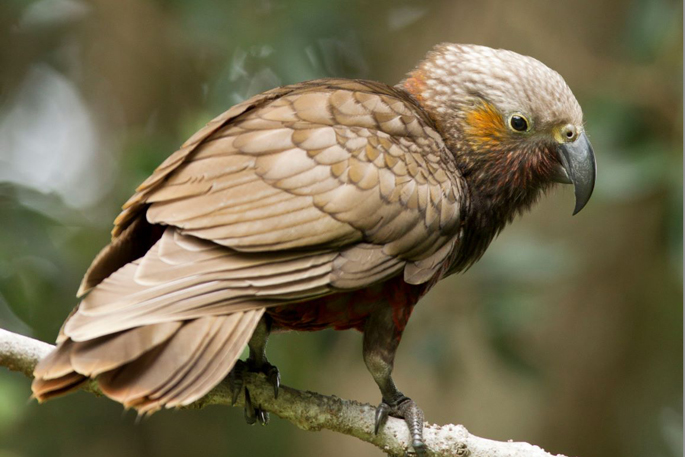 Kākā are classified nationally as “At Risk”. Photo: Neil Fitzgerald.

The kākā is a large, noisy, olive-brown parrot, endemic to New Zealand and usually found in native forest.

Under threat particularly from predatory stoats and possums, and from habitat loss, kākā are classified nationally as “At Risk”.

For conservation purposes, DOC says it is important to find out more about the birds’ movements: where the birds come from, what they do, where they go, and to understand what threats they face.

In September 2020, 11 kākā were tagged jointly by scientists at Manaaki Whenua and the Department of Conservation (DOC) at sites near Hamilton and Morrinsville.

“DOC collaborates with Manaaki Whenua on a number of projects to protect New Zealand’s threatened species and wider biodiversity, and this work reflects that partnership and ongoing conservation efforts.

“Programmes like these help to build our understanding of species, and the collective data will go towards developing new, more effective management prescriptions for managing species that rely on landscape scale networks to survive,” he says.

After the birds were tagged they sent in regular GPS location updates for some days to weeks, but gloomy spring weather and the birds’ tendency to spend a lot of time feeding under dense tree cover meant that the solar panels on the tags didn't get much light.

The batteries in the tags got too flat to send data, and the birds “vanished”.

The researchers hoped that with longer days and finer weather, the tags would come back online and the birds would reappear.

After more than a month of radio silence, three of the 11 tags have now reactivated and told scientists what the birds have been up to.

“The map shows that the three birds have phoned in some interesting movements, travelling over 150 km north to islands in the Hauraki Gulf.

“We know that kākā are most abundant on pest-free offshore islands such as Te Hauturu-o-Toi / Little Barrier Island and Kapiti Island, and in mainland ecosanctuaries such as the Waipapa Ecological Area at Pureora, but outside of these sites numbers are thought to be in general decline in both the North and South Islands. Kākā have also been seen in some rural and urban parts of Waikato over winter for the past couple of decades, but it is not known where they go over the summer when they breed.

“The information we are getting from this new satellite tag technology will be very helpful in improving our understanding of this iconic bird. We’re hopeful that we will also hear from the other eight birds over the summer, and for several years to come,” he says.

We regularly had a visitor come and eat the avos out here in summer. Was great too see him each year hasn’t arrived yet but waiting for him