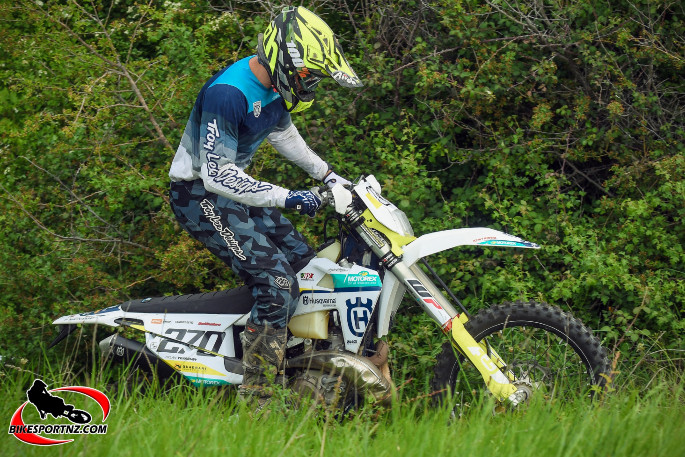 It has be a quite magnificent season of motorcycle racing for Waikato's Dylan Yearbury.

The 25-year-old Cambridge builder kicked off the 2020 season by finishing runner-up to fellow Kiwi international Hamish Macdonald in the New Zealand Enduro Championships – that competition abbreviated and having a late start and then an early finish in July because of the COVID-19 pandemic – and he finished that series ahead of notables Seth Reardon, from Whanganui, Helensville's Tom Buxton, Raglan's Jason Dickey and Manawatu's Paul Whibley.

A work-place injury then sidelined him from tackling the opening round of the New Zealand Extreme Off-Road Championship series in September, but he more than made up for that no-show by taking his Husqvarna TE300i to win all three rounds that followed – in Whangamata, Napier and Christchurch – to comfortably win that national title, this time edging out Wainuiomata's Jake Whitaker and Buxton.

It was the second time he'd won that silverware, having also won the inaugural New Zealand Extreme Off-Road Championship series in 2018.

The Husqvarna star then pushed on at the weekend to wrap up the 2020 Dirt Guide Cross-country series, winning the delayed third and final round at Ohakuri, south of Tokoroa, on Saturday.

Dylan had finished runner-up to former Kiwi international Paul Whibley at this series opener in June, but then rocketed to an impressive win at round two in July, finishing a solid 46 seconds ahead of Tom Buxton, with Paul claiming third overall that day.

This series too was disrupted by the pandemic and the third and final round set for August was then postponed until now and it was a fully-fit and on-form Dylan Yearbury who showed up at Ohakuri on Saturday.

"I got the holeshot ... a great start, and then I just rode off into the bush ahead of the bunch. I pulled about 30 seconds on my pursuers on the first lap and then another 30 second on lap two,” says Dylan.

"I settled into a rhythm after that and just enjoyed riding on my own really.”

"That's all for me for the year now," says Dylan. "It's certainly been a great season all-around. I wasn't able to race overseas at all this year (because of the pandemic), but I guess I made up for that by winning races at home."

The series honours in the intermediate grade went to Hamilton's Rowan Watt, while the junior grade was won by Rotorua's Daniel Bates, with Auckland's Ryan Hayward and Whangamata's Ethan Jameson rounding out the top three.