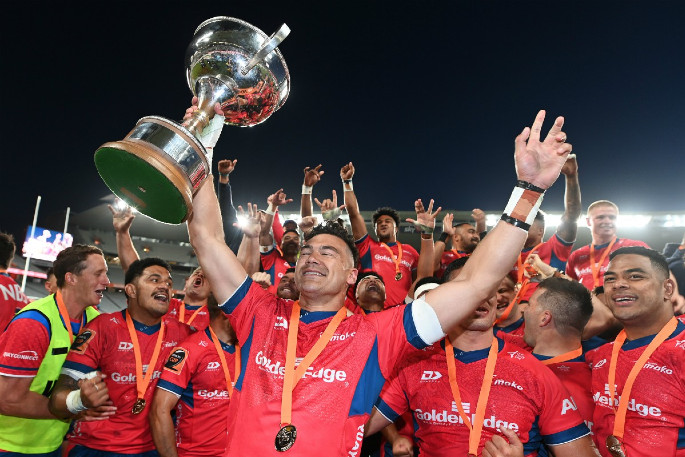 Tasman claimed a back-to-back Mitre 10 Cup Premierships title, and Hawkes' Bay impressed in the Mitre 10 Championshop final with a victory.

On Friday night Hawke’s Bay added to the trophy cabinet with a 36-24 Championship Final win against Northland in Napier.

An electric encounter saw ten tries run in, with nothing separating the teams at half time, tied 17 all.

Hawke’s Bay exploded into the second half to run away from Northland and secure the silverware.

The Premiership Final was a tense, low scoring affair; the visiting Tasman side had a slender 10-9 lead at the half.

The second spell saw each team convert a penalty, with Tasman defending staunchly to close out the game and claim back-to-back titles.

“We saw some great rugby across the Mitre 10 Cup this season and I congratulate Tasman on a resilient campaign, culminating in a classic Finals victory,” says Steve.

“Hawke’s Bay have been a classy team throughout 2020, especially in winning and defending the Ranfurly Shield, adding the Championship title is fitting reward.

“Congratulations to Ash Dixon, who has been an inspirational leader, and all the Hawke’s Bay players for a fine season,” says Steve.