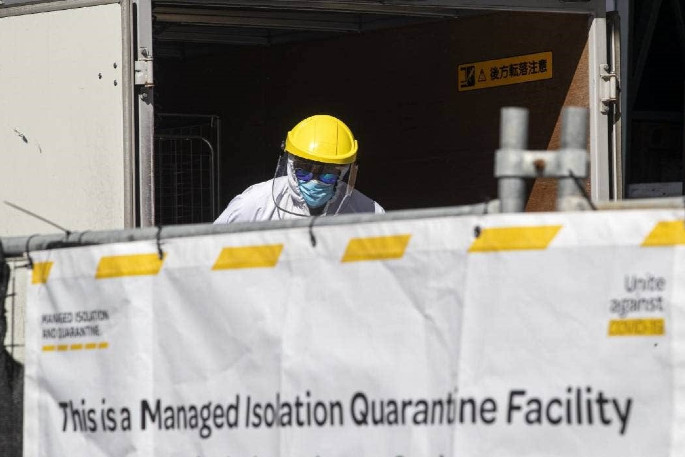 Seven new cases of Covid-19 reported on Friday were in managed isolation and included six members of the Pakistan cricket team.

The Ministry of Health said compliance with managed isolation and quarantine rules had “significantly improved” after the team was issued with a warning about rule breaches.

The touring party was staying in a separate wing of the managed isolation facility at the Chateau on the Park in Christchurch, and the reported breaches happened within the touring party and did not affect other guests at the facility.

The ministry also said on Friday that 17 close contacts had been identified of an Air New Zealand staff member who first tested positive for Covid-19 in China.

Eleven of those contacts tested negative for Covid-19, with results still to come from the other six. Genome sequencing indicated the worker likely caught the virus overseas.

On his YouTube channel, the bowling great warned NZC to “behave yourself”, and accused NZC of treating the Pakistan national side like a club team.

Data on the national notifiable disease surveillance database EpiSurv shows 201 health workers in New Zealand have tested positive for Covid-19, and of those 159 acquired the infection in this country.

Health officials in the city are blaming a difficult-to-decipher, handwritten email address for the blunder.

Covid-19 Response Minister Chris Hipkins’ office said a “traffic light system”, with isolation requirements for arrivals from overseas varying based on where they’ve come from, is among border issues “under constant review”.

After the report of MIQ breaches by members of the Pakistan cricket team, Professor Nick Wilson, from the Department of Public Health at the University of Otago, Wellington, suggested New Zealand probably needed such a traffic light border system.

Samoa reported a second suspected case of Covid-19. He is a 70-year-old man who was on the same repatriation flight from Auckland as the first suspected case, a sailor who had been based in Europe.

Global toll
On Saturday morning the number of confirmed Covid-19 cases worldwide was closing in on 61.3 million, according to Johns Hopkins University.

What should I do?
Anyone who wants to get tested can find their local testing centres by visiting the Ministry of Health website.

Masks are now mandatory for: people travelling on public transport services in and out of the Auckland region; the drivers of small passenger service vehicles in Auckland, such as taxis and app-based ride services; and people travelling on passenger flights throughout New Zealand.
A list of exemptions around mask use can be found here.

Reach out, find support from people who care, connect with your community or help a neighbour in need.
