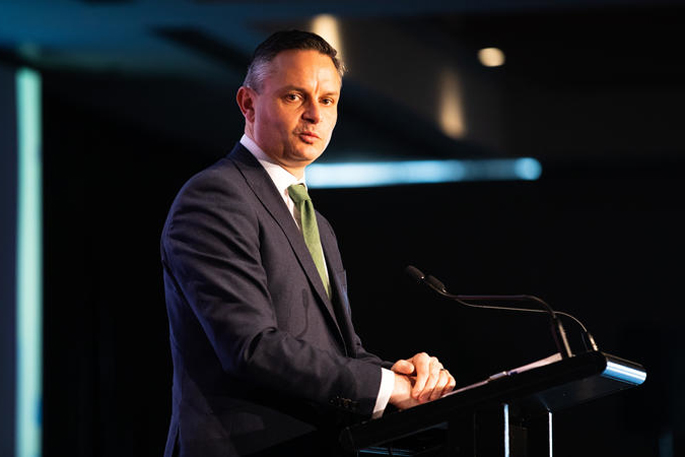 The Government has revealed plans to pass a climate change emergency motion in Parliament next week.

An attempt was made to pass one last term but NZ First opposed it.

The motion itself would have no practical effect on laws or the running of the country, but would instead symbolically signal that the Government and the House saw climate change as an emergency.

Yet Climate Change Minister James Shaw signalled that the symbolism might be joined by some sort of concrete action.

“One of the things we said at the time was that it was important not to just have something that is purely symbolic. If you are saying there is an emergency, recognising that that is not the same as a civil defence emergency, it does require an all-of-government response.

“This is our first opportunity in the new Government to be able to move that motion.”

Prime Minister Jacinda Ardern says at the time it was last attempted she was not opposed to declaring a climate change emergency, but didn’t see it as massively important.

“I don't see why there should be any reason why members of Parliament wouldn't want to demonstrate that this is a matter of urgency,” Ardern says.

“The one thing I think we need to make really clear, though, [is that] a declaration in Parliament doesn't change our direction of travel. It's what we invest in and it's the laws that we pass that make the big difference, and on those grounds I think we are making good, solid progress.”

Leader of the House Chris Hipkins says Parliament would debate a motion declaring a climate change emergency as the House came back into session on Thursday.

He says after leaving the House that the Government intended to pass it with its majority and support from the Green Party.

A spokesman for the prime minister confirmed the plans.

“As stated during the election campaign, the prime minister will introduce a government motion to declare a climate emergency next Wednesday. The text of that motion will be publicly released on Tuesday,” the spokesman says.

.....if indeed the climate is changing due to human ’actions’ and solar activity, given our population here in NZ, this may (may) account for .07 of ONE (1) percent of this supposed rise in climate temperature. Simply ridiculous to be overly concerned about isn’t it...activists need to focus on big polluters such as China mainly, America and Europe, but this won’t happen will it?....virtue signalling at it’s best, nothing else. BTW....we have water restrictions (rationing) every year, this is due to lack of reservoirs to support the ever increasing need during the summer months of a popular holiday city.........

A token gesture to fulfill an election promise.

It won’t change anything but it reassures concerned people that climate has not been forgotten. Whether you accept the science or you don’t, don’t be too dismissive and simply blame the sun. The actions of nearly 7 billion Humans, combined with solar activity have led to rising temperatures. (A matter of record.) Whether this is just a phase and is temporary, or whether we can actually do something about our part in it, remains to be seen. You may regret your unconcern when they start rationing water.

What’s it going to change?

I would like to see all of the facts and backing proof from James Shaw to support this climate change emergency. Jacinda can’t be overly concerned saying she "didn’t see it as massively important". The climate has been changing for years.

WHAT - look at the rest of the World!

The whole carbon tax issue is a farce and a sham, cutting edge science has proven that the sun is the moderator of the climate and I think it’s quite big headed to think that humans have more influence and heating on our earth compared to our SUN. I am totally antipollution. My question is what happens to the carbon based when it’s proven that the data has been misrepresented with massive errors and a huge lack of understanding.

The Prime Minister just not speak for me

.......that the last attempt to pass this was certainly stymied by NZ First, but Labour were under some pressure to agree with their then coalition partner to pass this ridiculous and meaningless motion, but now, not so much, but there is a ’recognition’ of support to be recognised, so it will happen to appease the Greens...if nothing else Ms Ardern has done due diligence here and also suggested that is it....let’s see.