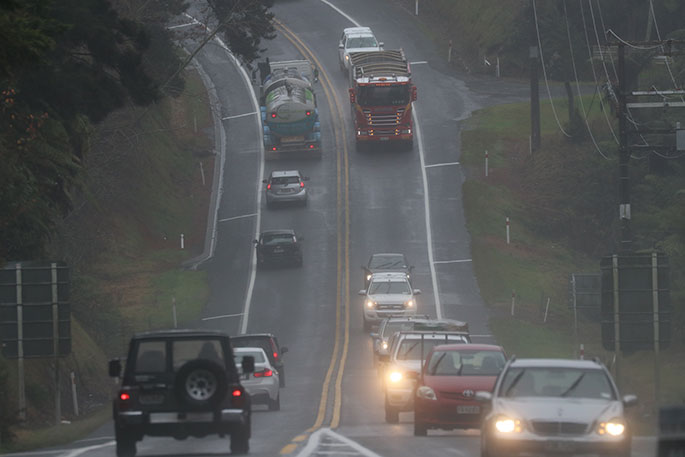 Heavy rain and squally thunderstorms are forecast for the Bay of Plenty today.

Strong, gusty northerlies are also expected for the region.

A heavy rain warning issued by the MetService on Tuesday, remains in force today.

"A deepening low is approaching from the Tasman Sea.

"Associated fronts are expected to move eastwards over the North Island tonight and during Wednesday, bringing heavy rain to parts of the northern and central New Zealand.

"People are advised to stay up to date with the latest forecasts and warnings."

Drivers are being asked to stay alert while travelling around the region today.

“MetService has issued a Severe Weather Warning for rainfall in the Bay of Plenty from 1am through until 7pm tomorrow, with particularly heavy localised downpours possible between 2pm and 5pm.

"North-westerly wind gusts of 80-100km/h are also possible and there is a moderate risk of thunderstorms.

He says motorists should avoid unnecessary travel, drive to the conditions and watch out for surface flooding, slips and fallen trees or branches.

"Driving conditions may be hazardous at times so please reduce your speed to stay safe."

Area: Bay of Plenty
Valid: 17 hours from 1am to 6pm Wednesday
Forecast: Expect 80 to 100mm to accumulate inland, and 50 to 70mm near the coast. Peak intensities 10 to 20mm/hr Wednesday morning and afternoon.

Area: Taranaki north of Eltham, including the Mountain
Valid: 18 hours from 1am to 7pm Wednesday
Forecast: Expect 70 to 90mm to accumulate, but 150 to 180mm about the Mountain. Peak intensities 20 to 30mm/hour Wednesday morning and afternoon, with thunderstorms possible.

Area: Takaka Hill and the Arthur Range
Valid: 10 hours from 5am to 3pm Wednesday
Forecast: Periods of heavy rain. Rainfall accumulations could approach warning amounts. Please note, that further rain is possible later Wednesday evening, and this Watch may be extended closer to the time.