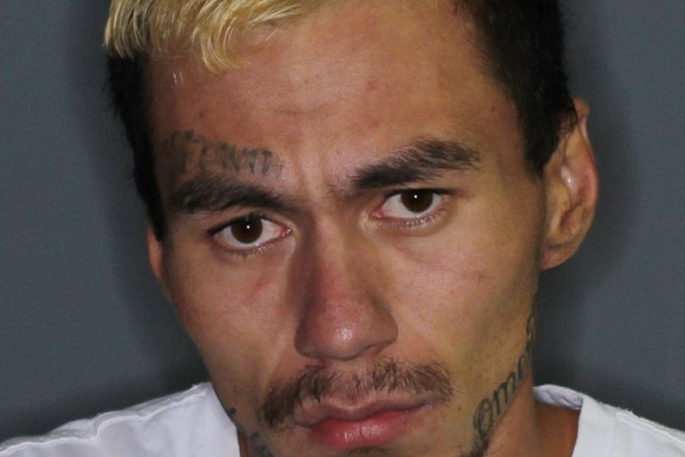 Police are appealing to the public for sightings of 24-year-old Merrin who escaped from police custody in Hamilton this afternoon.

Merrin was last seen at the Hamilton Police Station on Anzac Parade just before 3pm after fleeing from police staff.

"Merrin is dangerous and should not be approached by the public," says a police spokesperson.

He has links to both Hamilton and Te Awamutu.

He was last seen wearing shorts and a black Adidas top and is described as 180cm tall and of slight build.

"He has a distinctive tattoo above his right eye and another on his left cheek (not pictured), which is described as linked writing.  The top of his hair has been dyed blonde."

Anyone with information about Merrin’s whereabouts or possible sightings is urged to call 111.

... this is a man who has great sadness in his life and I felt sorry when I saw it. I don’t know what he’s done but I hope he can be persuaded to turn himself in and take responsibility for his actions. He is still young and there is time for him to salvage what is left of his life. It’s hard to see Kiwis fall through the cracks, but at the same time, the community has to be protected.