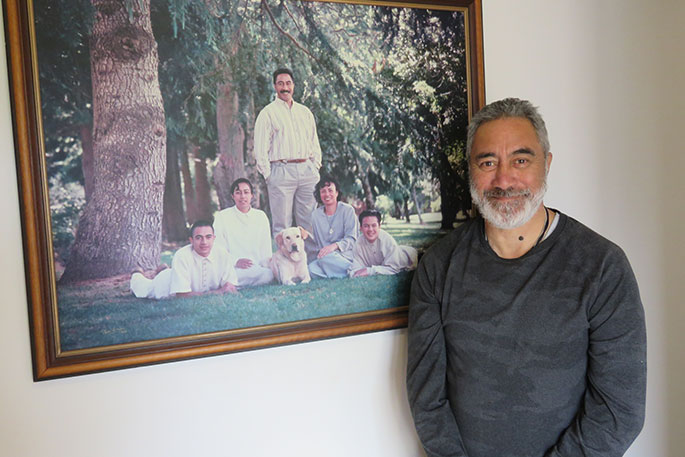 Bob Manihera has completed an Advance Care Plan so his whānau knows what he wants to happen after he dies. Supplied photo.

When Pāpāmoa’s Bob Manihera dies, he doesn’t want his whānau left wondering about what he might have wanted for his tangihanga (funeral) or having to sort out his affairs.

Bob, 66, has an Advance Care Plan – a plan he has worked on with his family doctor and made his whānau aware of.

Bob (Tainui) had a stroke in 2009 and has epilepsy, but is otherwise in good health.

An ACP is a chance to share the things that matter to you and what worries you, decisions about your health, your views on dying and what sort of care you would like, and what you would like to happen after your death.

"It’s important to think about these things while you have your full faculties,” says Bob, who has three children and eight grandchildren.

In the process of developing his ACP, Bob has been learning about the tikanga (customs) for tangihanga.

While burial is more common in Māori culture, Bob has decided to be cremated and have his ashes buried with his wife at her marae in Tauranga.

He has also opted to have his favourite “happy” pop song played at his tangi, rather than a traditional hymn, and arranged for additions to the headstone he will share with his wife.

He will also be donating his organs after his death – another option not usually favoured by Māori due to their cultural and spiritual beliefs.

“If one of my mokopuna (grandchildren) needs an organ donated in the future, I’d like to think there will be one there for them. The rest of my tinana (body) is being cremated so if someone outside my whānau needs my organs, they should use them.”

Bob says his tūpuna (ancestors) recognised that the world was a changing place, and that tikanga is changeable.

“The only thing that is not changeable is kawa (protocols). It has been traditional to do mate (death) a certain way so if we want to change it, we must start talking about it. Whenever I get the opportunity, I talk about it.”

Bob first learned about ACPs at a Stroke Foundation meeting. He didn’t act on preparing his own plan until his wife died three years ago.

“I saw my kids floating around like leaves on the breeze – they had nothing to grab onto and I don’t want them to struggle when I go. I want all my affairs in order.”

Bob was assisted to prepare his ACP by his family doctor, Symon Roberton, who also chose to bring in the Western Bay of Plenty Primary Health Organisation’s Director, Māori Health, Kiri Peita, for cultural advice.

Kiri also brought in local kuia Colleen Whetukioterangi Te Arihi for advice on tikanga. “Our job was not to advise, but to be there to listen,” says Kiri.

“It was a great outlet for me,” says Bob.

“I’ve never felt like I’ve been steered in any direction. My plan is very much what I want to see happen.”

Bob believes more people should be preparing an ACP, particularly in the new COVID-19 environment.

“You have a chance to decide what you want to happen in your future at a time when you may not be able to anymore.”

Bob’s ACP is in the form of a booklet, which, as well as distributing copies to his children, he will lodge with his will.

To find out more about Advance Care Planning and to download an ACP template, visit https://www.hqsc.govt.nz/our-programmes/advance-care-planning/