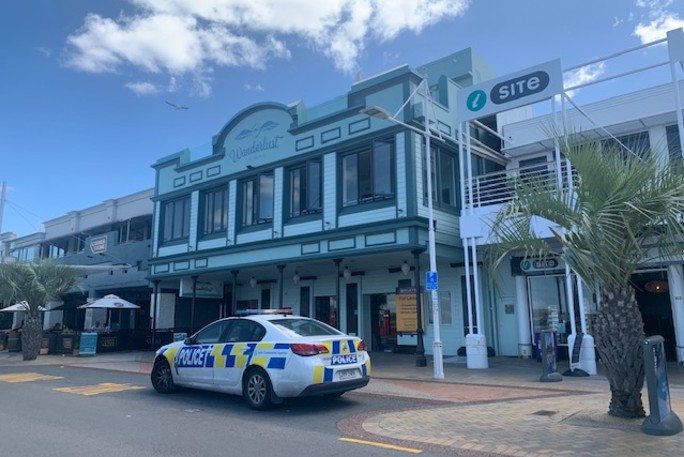 Police on The Strand on Sunday afternoon.

Enquiries are ongoing into reports of a robbery in the Tauranga CBD.

Police received a report of a robbery on Wharf Street at 2.45pm on Sunday.

There were rumours circulating about a firearm being involved, but a police spokesperson confirmed to SunLive that there was no firearm seen or presented during the robbery.

Police say no arrests have been made at this stage.

"Enquiries are still ongoing on this one."

Anyone with information relevant to the incident can contact the police's non-emergency number 105.

Alternatively, information can also be reported anonymously to the Crimestoppers 0800 555 111 line.