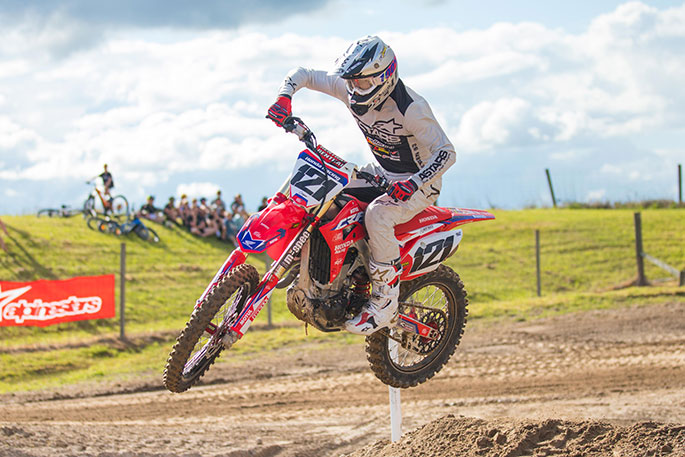 Nine--time NZ MX1 motocross champion Cody Cooper has officially confirmed he will be the first signing for the inaugural SX4 event set to be staged in Taupo on January 9, 2021.

SX4, inspired by motocross great Ben Townley, is set to dramatically change the world of motocross and Cooper couldn’t wait to jump on board.

“What Ben has created will not only have fans on the edge of the seat, but, it will change the future of our sport for the better. I’m just stoked to get involved to help bring the event to life," says Cooper.

The best of the best will compete under immense pressure and fans will witness more crashes and more high-octane action than in the traditional formats familiar to motocross fans.

Cody Cooper was one of riders that competed in the SX4 demo event over Labour Weekend at MXFest.

“The tightness of the track combined with quick fire racing gives spectators an experience they haven’t seen before in our sport," says Cooper.

"It was great to race alongside some of the best in the business over Labour Weekend and I can’t wait to take them to the slaughter in the New Year.”

The inaugural event will see 12 of NZ’s top riders compete of 15 races in a two-hour window on 9 January 9, 2021, at Digger McEwan Motorsport Park, Taupo.

Individuals will compete for prize money.

A Manufacturers Championship is also in development and will be another NZ first in the sport of motocross.

For more information and to buy tickets head to www.sx4.co.nz